Each time the Canadian Stamp News is delivered to my mailbox, I know I will discover something that will sparkle my day, and that’s a marvelous feeling!  So, let me share with you the scoop from one of the most recent issues. 🙂 It’s all about chocolate…

As reported by Bret Evans, the popular pre-printed specialty cover depicting a box of chocolate and commemorating the 100th Anniversary of Purdy’s Chocolates will now be much easier to locate!

That’s good news for all “chocolate on stamps” topical collectors.  Even though the tag price has increased to $20/$25.  it is worthed to obtain a copy.

It also makes for an original gift to a chocolate lover. 😉 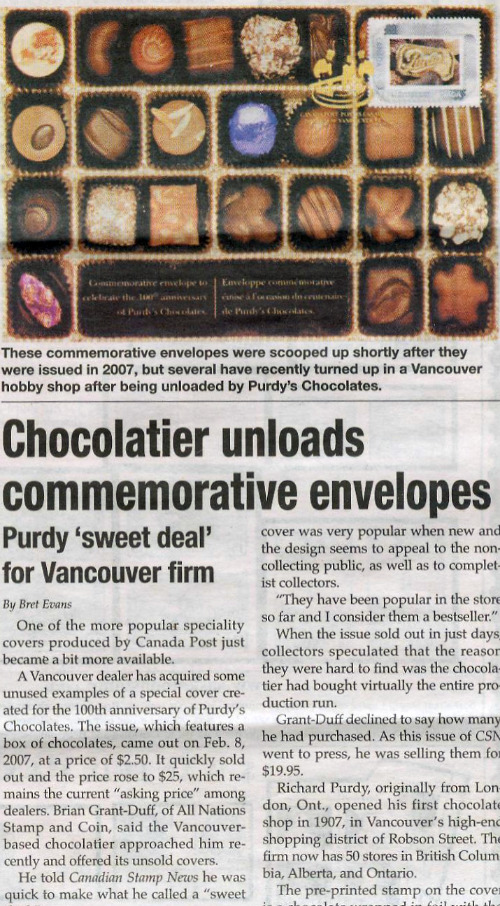 I can hear you say : “ Is there enough worldwide postage stamps on the subject of chocolate to build a topical collection around it? “

You’d be surprised to discover all the postage stamps that were produced on this theme and some  good examples are: 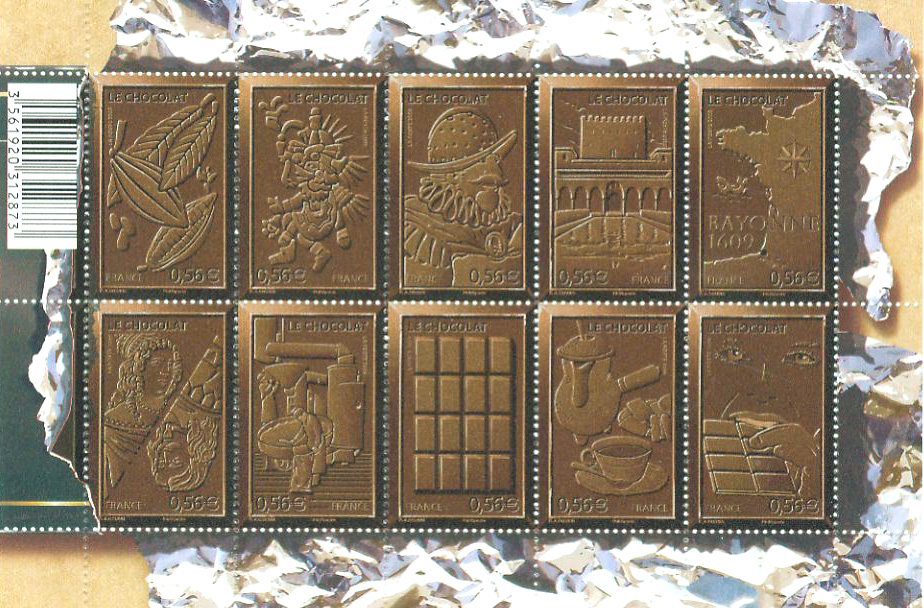 And you know what?

The above sheet even smells like pure, dark chocolate!

Wow…a scented postage stamp, which, by the way, is another great idea for a topical stamp collection, and I”ll talk about it inside another post. 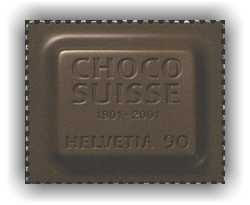 The end-product of a different bean was honored by the Swiss — chocolate. Swiss chocolate is world famous for its smoothness and richness of flavor.

The climate of Switzerland does not allow the growing of cacao beans, the source of cocoa. Thus all of the cocoa that is used in Swiss chocolate is imported from various countries of more tropical climate. But that hasn’t stopped the Swiss from enjoying the product that they make; the Swiss are estimated to be the number one consumer of chocolate in the world.

This stamp, which came in a foil-wrapped booklet, much like a chocolate bar, really makes you want to lick it. But don’t bother. It only smells like chocolate; it tastes like plain old stamp glue.

Before signing off, let me insert this photograph about the world’s largest chocolate bar in the world, produced by Grand Candy,  an armenian factory, to commemorate their 10th Anniversary. 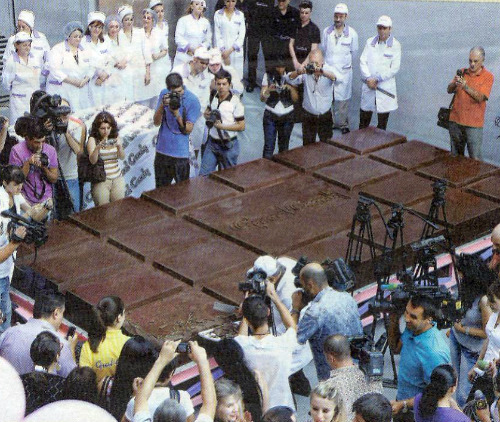 Grand candy, Armenia - Guinness Record For The Biggest Chocolate Bar In The World

The previous Guinness record was detained by Italy with a chocolate bar weighing 3,58 tons in 2007.

I’m heading for the kitchen to grab a chocolate bar…