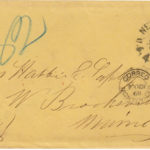 Collectable covers are a fascinating and important part of philately and postal history. Watch this exploration of different types of traditional and philatelic covers, as well as the interesting histories that they reveal. By the way…if never ever thought about using gloves, it seems like a good idea. 🙂 Enjoy! … END_OF_DOCUMENT_TOKEN_TO_BE_REPLACED 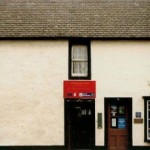 Will a  buyer for the world’s oldest working post office be found before May 2020? The opportunity to be a part of postal history doesn’t come along very often and any new owner would be only the 17th person to run Sanquhar Post Office in over 300 years. ‘Dr Manzoor Alam and his wife Nazra have run the site in Sanquhar, Dumfries and Galloway, since 2015. They are retiring which means there is an opportunity a new owner to become … END_OF_DOCUMENT_TOKEN_TO_BE_REPLACED

While visiting the Strathnaver Museum on the north coast of Scotland, I came across this very interesting piece of Scottish postal history. This St Kilda Mail Boat was washed ashore in Bettyhill. The people on St-Kilda would toss the mail boat in the water over the cliffs if help was needed. Where it came ashore was left to the flow of the tides. This boat was probably one of the commemorative boats which used to be thrown in every year … END_OF_DOCUMENT_TOKEN_TO_BE_REPLACED

There was a time when airplanes could not fly non-stop across the oceans and consequently, mail was transported by catapulted aircrafts from a ship at sea. In the late 1920’s, experiments were undertaken from the deck of big passenger ships. The first in history was in 1928, aboard the French Ocean Liner “Ile de France” and was followed by others such as on the German Ocean liners, Bremen and Europa in 1929 and 1930. Even though the Ile de France could … END_OF_DOCUMENT_TOKEN_TO_BE_REPLACED

Did you ever wonder how prisoners barred from communicating with persons in the outside world managed to smuggled letters out? If so, you will enjoy listening to the podcast (audio recording of => 04 Approaching the Philately from a Different Angle: How to Share a Country’s History) of the APS Stamp Talk radio show  hosted by Nancy Clark in which she talks with Galen D. Harrisson, about how he managed to find samples of the uniform buttons used by prisoners at war to carry out mail and where he first read … END_OF_DOCUMENT_TOKEN_TO_BE_REPLACED

Ever wondered why stamps were invented? Watch this short animated video created by the Smithsonian National Postal Museum. It is a great introduction to postal history, which by definition “tells you the story of how mail has been handled, who has handled it, and why.” The history of postage stamps goes way back in time…. Postal history is a another example of how you can specialize your stamp collection to a particular subject inside the realm of  philately. As mentioned on their … END_OF_DOCUMENT_TOKEN_TO_BE_REPLACED