I recently stumbled upon this interesting article on stamp investing by Lily Kuo and Ritchie King on qz.com and happy to share: “Here are some of the most expensive pieces of paper in the world“  (….)  Postage stamps have some of the hallmarks of any great investment craze. They’re tangible assets for those concerned about global economic stability. They’re rare. And the Chinese government has been promoting its citizens’ interest in them. By all available indicators, the value of stamps … END_OF_DOCUMENT_TOKEN_TO_BE_REPLACED 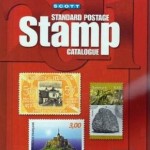 . If so, this article is of interest to you! I stumbled upon it while reading Paul Fraser Collectibles newsletter and the headline caught my attention: “I worried that I would be jailed”: China stamp artist’s error could bring $44,900.Two Chinese 8f ‘Entire Nation Is Red’ stamps, popular among collectors, are selling in Hong Kong.   (…) Expectations for the sale are high, as the rarest and finest-quality Chinese Cultural Revolution stamps are among the most sought-after on the markets. … END_OF_DOCUMENT_TOKEN_TO_BE_REPLACED

John E. du Pont, famous stamp collector and philatelist, owner of the rare 1856 British Guiana One Cent Magenta Stamp (bought at auction for US$ 935,000) sentenced to prison in 1997 for the irrational murder of an Olympic wrestler, David Schultz, died in prison Thursday morning, December 8th, at the age of 72. “Mr. du Pont was found unresponsive in his cell at Laurel Highlands State Prison near Somerset, Pa., a prison spokeswoman told The Associated Press. “He had had some … END_OF_DOCUMENT_TOKEN_TO_BE_REPLACED

Topical stamp collecting is such a thrilling and fascinating hobby! As an example, let me tell you what happened yesterday. Being a topical stamp collector of many subjects, but primarily of  ‘Unicorns on Stamps’ and ‘Scotland on Stamps’, I performed  the indian “rain dance” ! following my view of the video (see below) taped during the AM Northwest TV Show hosted by Helen Raptis and Dave Anderson. Why? Read on… The show was about stamp collecting and featured rare and valuable … END_OF_DOCUMENT_TOKEN_TO_BE_REPLACED