Did you ever wonder how prisoners barred from communicating with persons in the outside world managed to smuggled letters out?

If so, you will enjoy listening to the podcast (audio recording of => 04 Approaching the Philately from a Different Angle: How to Share a Country’s History) of the APS Stamp Talk radio show  hosted by Nancy Clark in which she talks with Galen D. Harrisson, about how he managed to find samples of the uniform buttons used by prisoners at war to carry out mail and where he first read about this very interesting way of smuggling letters outside of prisons. 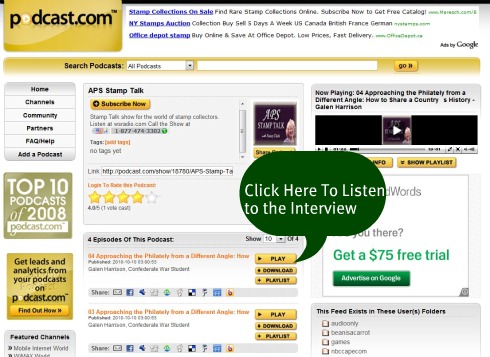 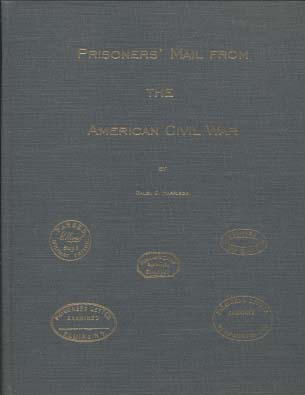 “Since publication of Prisoners’ Mail from the American Civil War , I have had occasion to speak to various groups interested in subjects dealing with the aspects of what many still call “the late unpleasantness.” Among the things that I always try to stress are the facts that “mail” took a variety of forms.

.
I like to show examples of mail that was smuggled out of prison in uniform buttons. When speaking of mail smuggled in this manner, I always mention Willard W. Glazier, author of The Capture, the Prison Pen, and the Escape . Glazier described in detail how two-piece metal uniform buttons were taken apart and used to carry letters out of the prison. “ 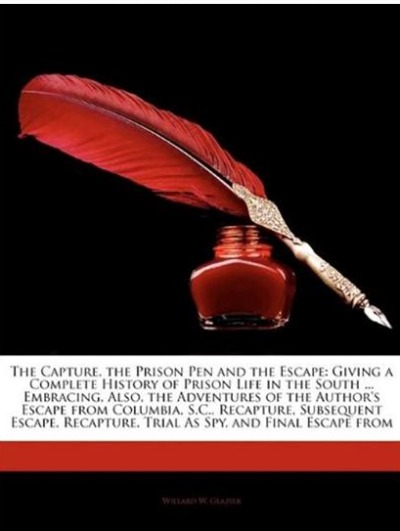 Source: The Hole In the Floor by Galen D. Harrison

In 2000, Galen won, for the second time out of three, the Peach State Stamp Show Grand Prize for his philatelic exhibit:

(…) The title of Harrison’s exhibit — “Prisoner’s Mail from the American Civil War 1861-65” — is the first clue that many of the exhibits are more about history than stamps.

Many of the letters Harrison had on display didn’t even have stamps, including one letter that wasn’t much bigger than a postage stamp itself. Written in handwriting so tiny as to defy belief, the square of paper measured about four inches by four inches and had been smuggled out of Richmond, Va.’s Libby Prison, folded up carefully and tucked into a hollow button on a military uniform.

.
The scrap actually contained two letters from Lt. Col. Samuel A. Moffet of the 94th New York Infantry, one to a chaplain friend in New York. On the other side, for the friend to pass on, was a letter to Moffet’s father.

“Our rations consist of 12 oz. bread, 2 gills (10 ounces) of very dirty bean soup, 12 oz. bacon or beef, all the poorest quality,” Moffet described his prison diet. ”How I would love to have some of those apple dumplings or even some fried potatoes.”

Among dozens of other letters, Harrison also had one from Anna M. Hempstone of Loudon County, Va., written after she had been jailed without being charged by order of the Union Secretary of War, Edwin Stanton.

Harrison, who has written a book on Civil War prison letters, said he has found out as much as he can about who these people were, the prisons they were in, what battles in which they were captured and what became of them during the war.

Harrison, 64, grew up in Missouri and has ancestors who fought on both sides in the American Civil War.

Until next, happy collecting!