On April 12 1961, aboard Vostok-1, Yury Gagarin navigates around the planet Earth in 108 minutes and finalize his great odyssey with one second in advance of the soviet engineers calculation ! 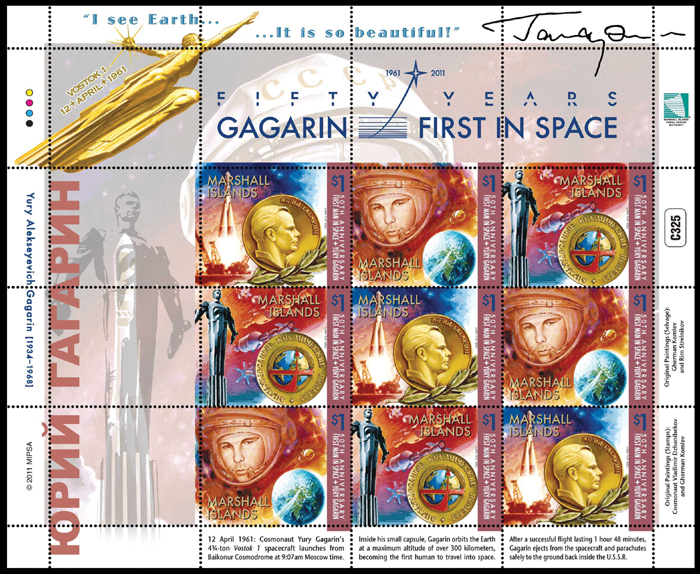 “Traveling over 25 times the speed of sound, Cosmonaut Yury Gagarin made a complete orbit around the planet in 1 hour and 49 minutes. After re-entering the atmosphere, Gagarin parachuted to safety some four miles above Earth, bringing to a close the most exciting round-the-world trip of the 20th century.”  Read more… 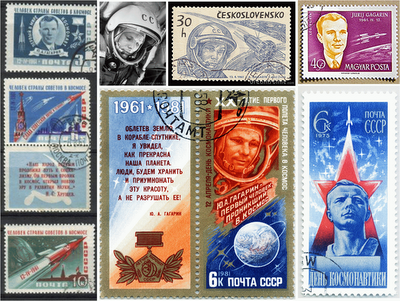 Space and Astronomy are great subjects for a topical stamp collection.