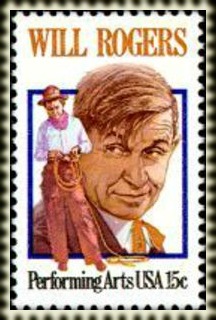 “Even if you’re on the right track, you’ll get run over if you just sit there.”

In his great wisdom, Will Rogers gave us a secret key towards the realization of our goals: take action! 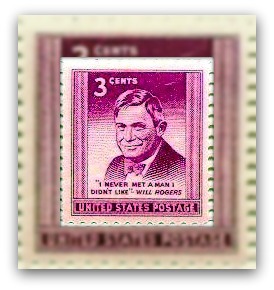 On November 4, 1948, the U.S. Post Office commemorated Rogers with a three-cent stamp. He also was honored on the centennial of his birth, in 1979, with the issuance of a U.S. Postal Service 15-cent stamp.

At the time of his death, Will Rogers was the country’s most widely read newspaper columnist, between his daily “Will Rogers Says” and his weekly column. His Sunday night half-hour radio show was the nation’s most-listened-to weekly broadcast. He was the nation’s number-two movie box-office draw in 1933, behind Marie Dressler; and number one in 1934; he was second in 1935, behind Shirley Temple.

Many a place is named after him, including the Will Rogers World Airport in Oklahoma City, Oklahoma, and the submarine USS Will Rogers. Will Rogers’ home, stables, and polo fields are today the Will Rogers State Park in Pacific Palisades, California. Rogers’ birthplace, on land overlooking his original ranch now covered by the reservoir Lake Oologahis, is open to the public.

A statue of Will Rogers on a horse stands on the Texas Tech University campus. At Epcot Center in Florida, an Audio-Animatronic Will Rogers is seen twirling his lasso and speaking in the “American Adventure” 1930s sequence. The Will Rogers Shrine of the Sun observation tower, built near Cheyenne Mountain in Colorado Springs, Colorado, is open every day of the year, weather permitting.Will Rogers had many famous sayings, but was known widely for “I never met a man I didn’t like,” which indicated his love and respect for people all over the world.Source: http://www.u-s-history.com/pages/h3701.html 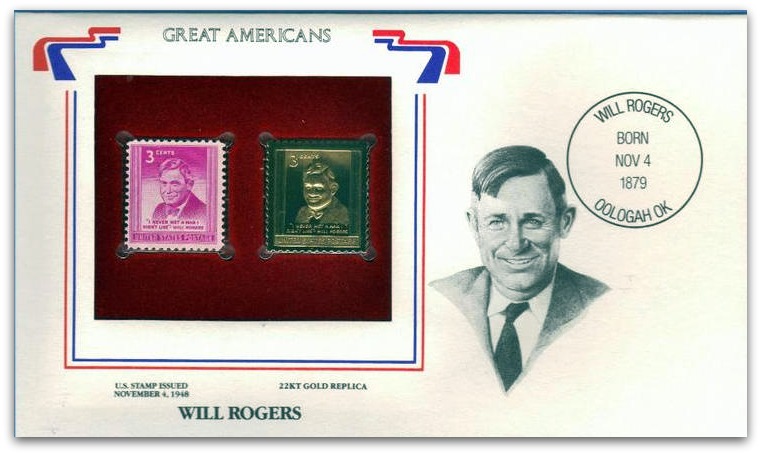 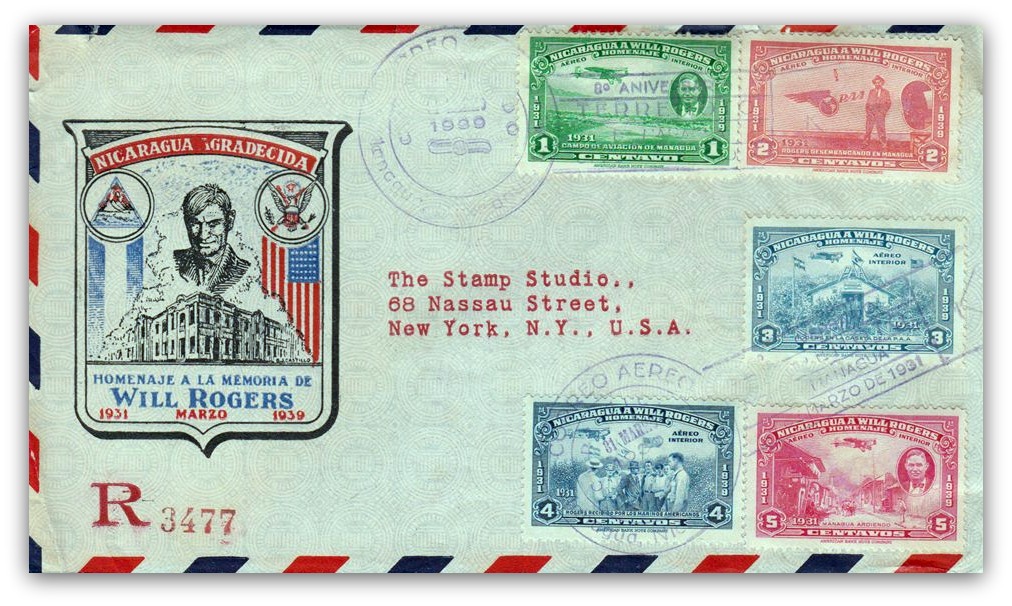 1931 Will Rogers Flight to Nicaragua after Managua Earthquake

Until next, happy collecting!