Just stumbled upon this article featured on AdvisorOne.com about the stamp collecting hobby and thought you would like to read as well.

The Sticky World of Stamp Collections
by Ed McCarthy, CFP

Some top investors, including PIMCO’s Bill Gross, and plenty of history buffs think it’s a worthwhile pursuit, though not necessarily a profitable one.

If you believe that stamp collecting is merely a hobby for kids and retirees, think again.

The American Philatelic Society (APS) in Bellefonte, Penn., has over 33,000 members. Stamps trade actively, as well. 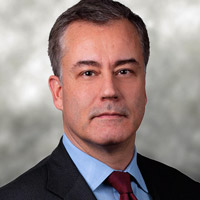 Scott Trepel (left), president of Robert A. Siegel Auction Galleries Inc. in New York, reports that since 1930 his firm has run 1,037 auctions of stamps and covers; the auctions’ dollar volume reached $35 million in 2012. (Covers are postage stamps on a cover, postal card or stamped envelope.)

Siegel has handled some noteworthy transactions. “We sold a plate block of the famous Inverted Jenny stamp for about $3 million,” says Trepel. (The Inverted Jenny features an upside down airplane and is a famous stamp-misprint.) “That was a few years ago and sometime after that we sold a single for about $900,000.”

The plate block-buyer was PIMCO’s Bill Gross, who traded the Jennys for a single stamp needed to complete his collection.

As of November 2005, Gross became only the third person in history to form a complete collection of 19th Century United States postage stamps, according to Wikipedia.

Gross is a world-class collector and supporter of stamp collecting. The William H. Gross Stamp Gallery, part of the Smithsonian National Postal Museum, is scheduled to open in 2013 and will be the world’s largest gallery dedicated to philately.

Collecting decorative art can provide ego-satisfaction for owners who like to display their pieces, but stamp collecting’s smaller scale makes it a more intimate activity.

For some collectors, the items are a tangible link to the past. Trepel cites an example of an old envelope that was in a mail sack carried by a Pony Express rider who was captured by Indians in 1860; several years later the mail sack turned up and the mail was delivered.

“Everyone who loves history, everyone who feels some connection to the past through an object can get excited about that,” he says. “Other people collect stamps because it is a source of satisfaction to be able to complete a set or a page or a country or an album.”

Tom Horn, director of sales division with the APS says many collectors enjoy the activity because they have total control over their collections. They decide what to buy, how to arrange their collections, and so on. Stamps’ historical aspect can also encourage learning and Horn cites his personal experience. “I know I learned a lot about history, geography, science, what have you through stamp collecting,” he says. “You wonder why a person is pictured on a stamp. Well, you go look it up and find out why. I never knew who Chief Sequoia was until the U.S. put a stamp out with him and then I found he developed the alphabet for the Cherokee Indians.”

It is possible to collect stamps with a profit motive, but both Trepel and Horn urge caution on that score.

There are numerous niches in the stamp market, says Trepel, and serious collectors in the different submarkets have a depth of knowledge and expertise that puts casual collectors at a disadvantage. That knowledge and the passion that collectors often have about their specialties can make prices volatile, as well.

“People who specialize in Colonial postal history suddenly find a very rare example of a marking applied in 1777 and they’re all excited about it,” says Trepel, citing a hypothetical case. “(They) may bid it up from what I think it’s worth, which is a couple of thousand dollars, up to $20,000.”

There’s also a risk of stamp-price bubbles. Horn points to price behavior in the mid-1980s as an example. Stamp prices had been performing well and non-collectors began to buy actively.

When the stamp market began to show softness, however, these buyers began to sell out and accelerated the price decline. “From ’84 to ’85, the bottom just kind of dropped out as the investors got out,” says Horn. “The market was flooded with the stamps that had been picked up a few years before.”

Clients who want to get more serious about stamp collecting can find numerous resources for education and pricing.

The APS site (stamps.org), for instance, has extensive learning materials and an authentication service. SiegelAuctions.com also provides educational material and has a searchable database. The staff at both organizations can help collectors find the stamps they’re seeking and avoid overpaying.

Share your thoughts about this article by commenting below! 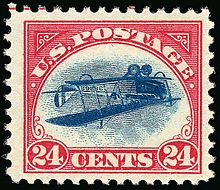