Imagine my enthusiasm as I stumbled upon an episode of BBC News podcast titled ‘Postage Stamp‘ inside the series 50 Things That Made The Modern Economy.  I really enjoyed listening to this entertaining story on the positive impact Rowland Hill’s creativity had on postal services and happy to share it here with you. 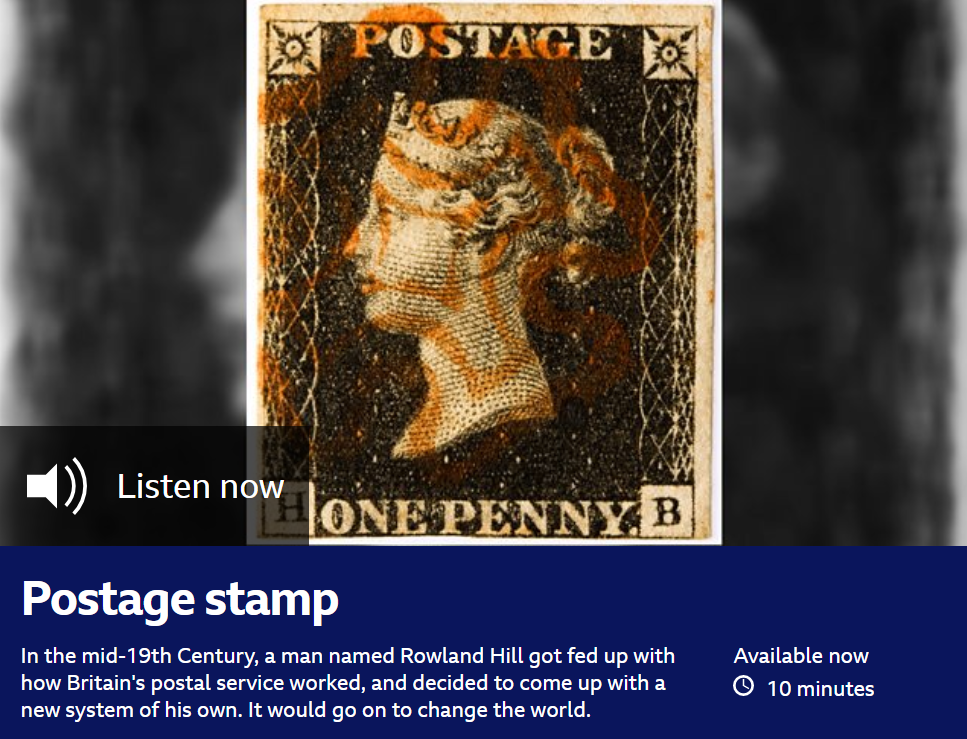 ‘In the mid-19th Century, a man named Rowland Hill got fed up with how Britain’s postal service worked, and decided to come up with a new system of his own. It would go on to change the world…‘ Source: BBC News

After listening to the podcast, I searched for more related information about the first prepaid postage stamp and discovered this short, amazing and fun video by the Postal Museum. Enjoy!

And last, but not least, below is an extract of a well written biography about ROWLAND HILL FACTS 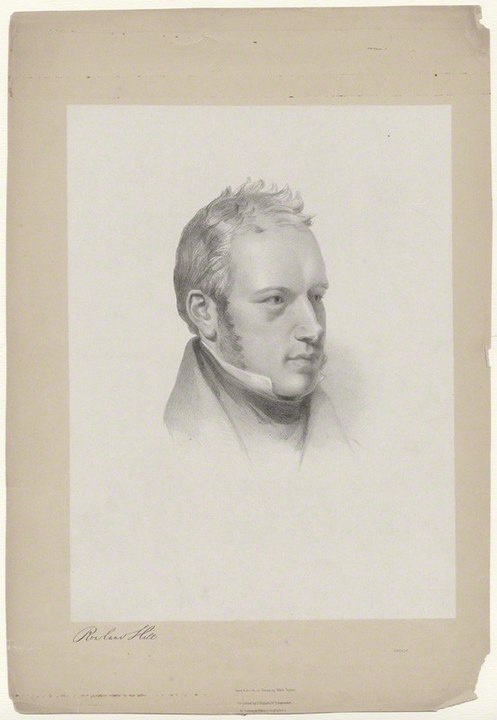 (…)  One astonishing fact that Hill discovered was that the cost of sending a letter had nothing to do with distance and that one of the unnecessary expenses of the Post Office was that the postman had to wait at least five minutes for payment at a household. In one test case, it took a postman one and a half hours to deliver 67 letters that had to be paid by the recipient on delivery, and one half hour to deliver 570 letters when he did not wait for payment. Plus, there was the expense of the clerks figuring the 40 different rates for letters, and the time spent keeping accounts to keep track of deliveries and payment by recipients.

The pamphlet proposed his idea of one prepaid postage rate for all letters regardless of distance. The carrying cost of sending a letter from London to Edinburgh was about 1/36 of a penny at that time. The proposal was that the rate for prepaid letters be a low one-possibly a penny. The revenue of the Post Office would initially fall but would grow in the future because the number of people using the postal service would increase due to the low postage rate. Before publishing his pamphlet, he contacted the Chancellor of the Exchequer who granted him an interview in December 1836. Hill was always one to promote his ideas to the highest authority, though in this case nothing was done.

And so the idea of the postage stamp was put forth. (…) and on August 27, 1839, the Penny Postage Act received the Royal Assent. Hill resigned from his position with the South Australia Commission and in September was given a two-year appointment to the Treasury to help implement the act. Unfortunately this appointment came without any real authority.

While looking for better ways to serve the population and the government as well, Sir Rowland Hill had no idea that he was also pionnering our beloved stamp collecting hobby 🙂  Happy stamping!