On November 19th, 1987, a 40c postage stamp called  ‘The Word of God’ written in Greek and Hebrew was issued by South Africa.

The stamps were withdrawn because of religious objections (see story below) , although examples are known to have been sold to the public at some smaller post offices (see footnote after SG 628).

A complete sheet of 25 (5×5) with control numbers in upper right corner, unmounted original gum, a very rare  INTACT SHEET is being offered for sale by Paul Fraser Collectible for 9,995£ 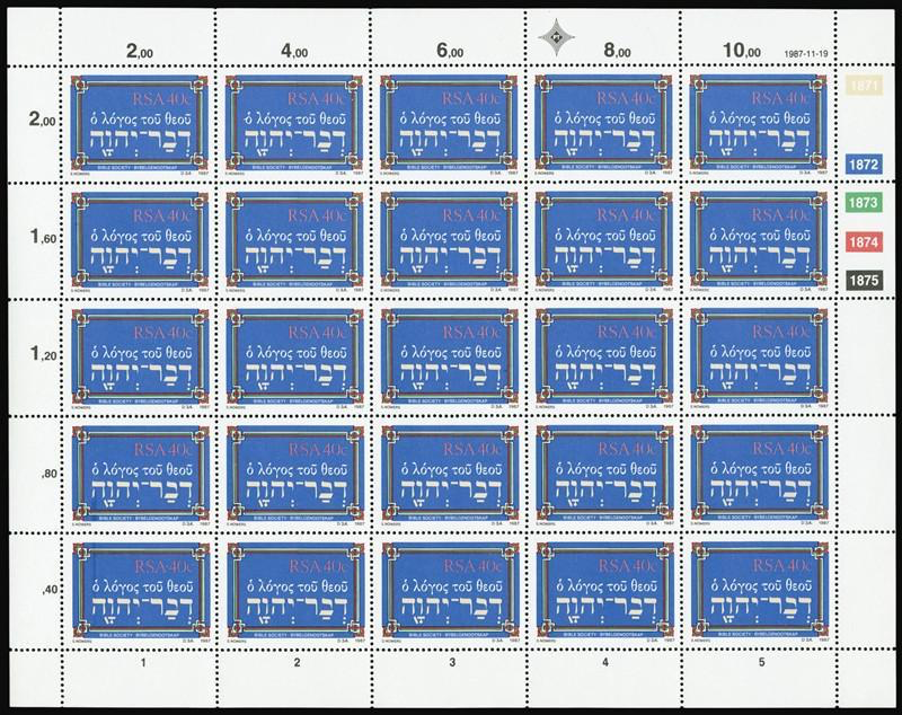 A STAMP OF HISTORICAL SIGNIFICANCE

In 1987, South Africa was in a state of national emergency with township uprisings, shootings, bombings and national strikes.

Despite all that, the issue of a new stamp on November 19, 1987 managed to make the news.

The South Africa Postal Authorities had intended to issue a four-stamp set to commemorate the Bible Society of South Africa.

Both of the lines contained the word “God”.

The Orthodox Jewish community protested that the stamps were a serious transgression of Judaic law, which says that God’s name may appear only in the Torah and prayer books.

No offense had been intended by the Postal Authorities and they quickly recalled the 40c stamps from the Post Offices across South Africa.

The stamps were prepared to be destroyed in the interests of religious harmony. However, they were informed this was equally unacceptable to the Jewish community and were told that the stamps should be buried.

The Postal Authorities decided that was a step too far and the stamps were duly destroyed. Most of them anyway…

Despite the Post Offices being instructed to withdraw the stamps, it is believed that 51 sheets of 25 stamps (1,275) slipped through the net.

It is understood that some of the smaller Post Offices were running short of 40c stamps and opened their parcels before the official release date. They were sold over the counter with many being used for postage.

The withdrawn “Word of God” stamp is very collectible because of its rarity and the controversy it caused. It is popular with both collectors of religion on stamps and Judaica collectors. 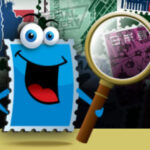