.
When I went to pick up my “snail mail” today, I noticed in the pile of letters an envelope with a particular stamp on it… !?!
.
At first glance, its silver color got me thinking it was an hologram stamp, but checking it out more carefully revealed it was a stamp printed on silver foil. Imagine my excitement, as you don’t get this kind of mail every day! 🙂
. 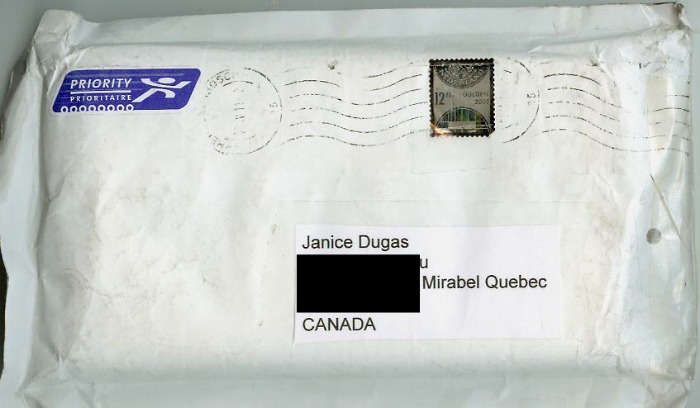 .
I continued on the Web my investigation about this non conventional stamp, and discovered on Ann Mette Heindorff’s blog, that it’s a philatelic première!
.
Wow! … read on:
.

The Dutch Silver Stamp
A Dignified Good-Bye to Dutch Stamps of Guilders
.
On 25th September 2001 The Netherlands issued a very interesting stamp, made of a thin piece of solid silver, and minted (not printed) by the Royal Dutch Mint in Utrecht.  The stamp is self-adhesive.  It has the face value of 12,75 Guilders and is intended for registered mail.  It is the first time ever this stamp minting technique has been applied.
.
As the Netherlands converted to the Euro by January 2002, it is also the last Dutch stamp issued in Guilders, and neither is it combined with the Euro.
.

.
The Dutch PTT had announced that the only possibility to obtain such a stamp in cancelled condition was to send a self-addressed envelope to a stamp club in Groningen (Holland), that would then take care of proper cancellation, because the stamp could be severely damaged by the post office’s cancel.
After cancellation the envelope would be sent to you by the club, but that would, of course, not be a real postally used item.
.
The rumors about this stamp must have reached Denmark in advance, because the mail man delivering the letter with shaky hands and gloves on to protect it further from being crushed or dirty, asked in a trembling and excited voice if he could have the stamp for his own collection !!!   For good luck my husband, who received the letter in my absence, had enough presence of mind to say “No !” …
.
So the Dutch stamp, intended for registered mail, but which the post office refused to cancel, is now finally in my possession, both mint and postally used.  Certainly a dignified good-bye to Dutch stamps denominated in Guilders.
.
Source: heindorffhus.motivsamler.dk

.
I was so happy to read such great information which reinforces the fact that each postage stamp has a story to convey. 😉

But there’s a grey cloud floating over this exceptional envelope….

Notice the scotch tape that’s been affixed at the top and bottom of the stamp? 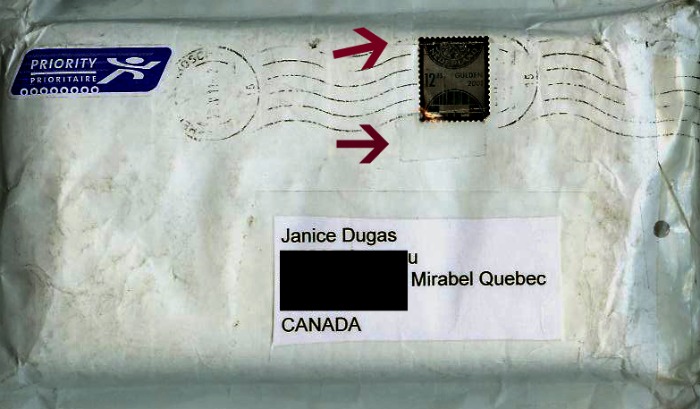 Scotch tape can damage the surface of a stamp and make it worthless. In this instance, I would not want to take the stamp off the cover but in general, if you have postage stamps carrying scotch tape on it, there is a way to remove it securely as explained in “How To Remove Scoth Tape From Postage Stamps” , an article by Jeremy Cato on Ehow.com.

He gives a step by step procedure to peel it off  without damaging your stamp. Rest assured, you can save your stamp, but you must act quickly. 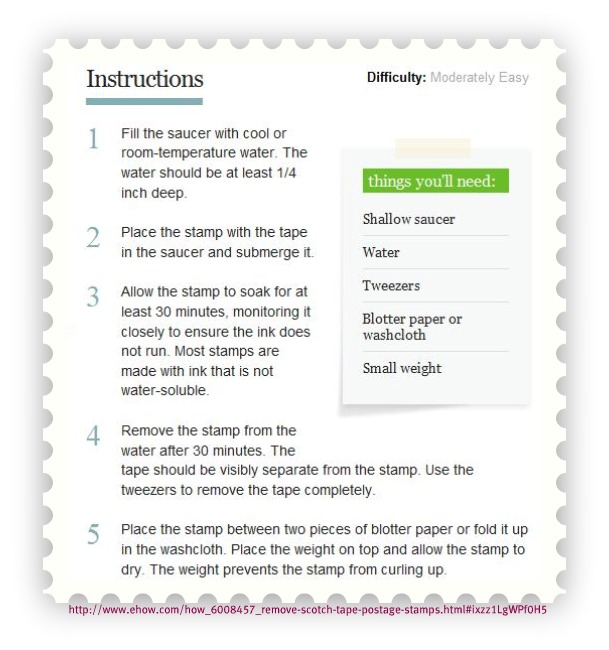 Don’t hesitate to share in the comments section below, your stories about nice covers you received in the mail. We would be delighted to hear about it.

Umtil next, take care, happy collecting and all the very best,