It took four years for Rev John Walden, a keen stamp collector since the age of eight and veteran of Britain’s atomic testing programme, to showcase his  topical stamp collection on the subject of atoms, inside a heavy 560 pages illustrated book!

At the age of 18, he was sent on assignment to Australia inside the RAF Balloon Unit Crew to suspend an atomic bomb beneath three balloons.

“I manhandled the atomic bomb and did receive an overdose but so far I have been very fortunate and have not contracted any of the illnesses that so many other nuclear test veterans have suffered.” Rev John Walden

The Nuclear Option: A Philatelic Documentary is dedicated to the “countless thousands of British servicemen” who were not so lucky.

In addition to the stamps checklists, you will find references to postcards, maps, photographs, metermarks, slogans, cancels, covers and so much more around the discovery of atomic warfare. 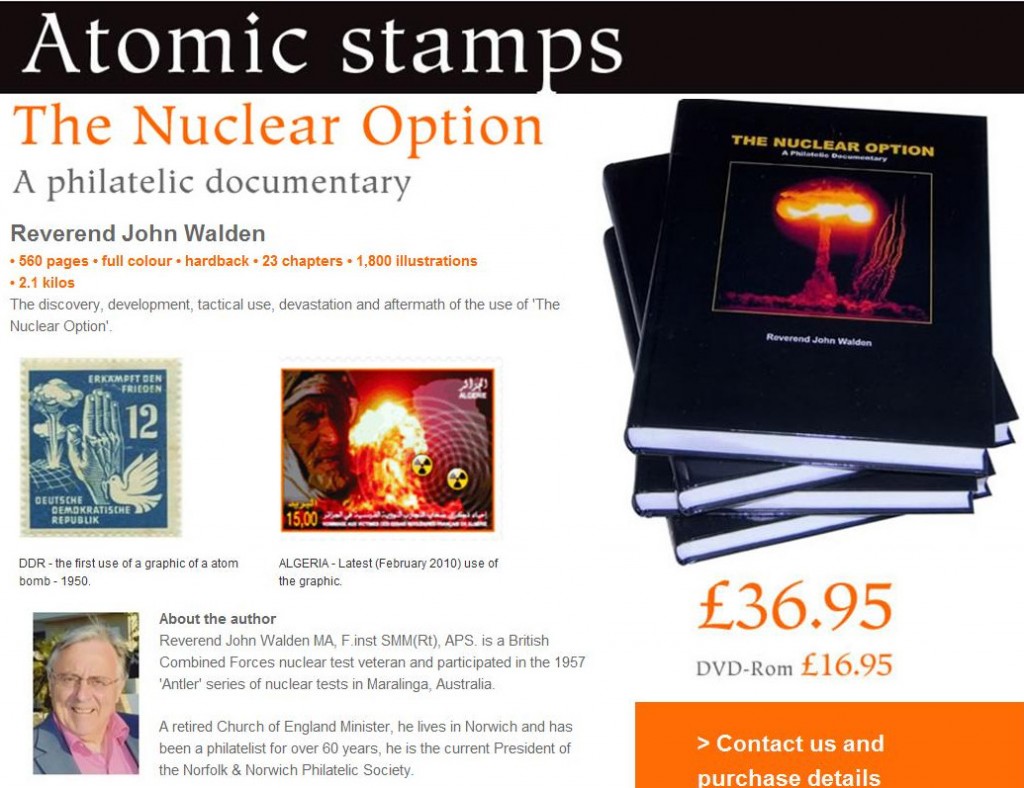 The Nuclear Option – A Philatelic Documentary by Rev John Walden

But it is in the area of the “thematic knowledge” that John and his book standout. It is all here, from the biographies of the principal personalities to the technical specifications of the aircraft and ships, the details of the various “operations”, health and social issues, the list is endless and the research it represents is outstanding. Without doubt he has certainly “developped the theme” and “innovation” is constantly displayed.

With forewords by Lord Jack Ashley and R.J. Ritter, Commander NAAV, The Nuclear Option is an invaluable catalog and reference book that, given the completeness of it’s main theme and the bonus of its coverage of a host of other topics, makes it a must for a wide range of thematic collectors and exhibitors. 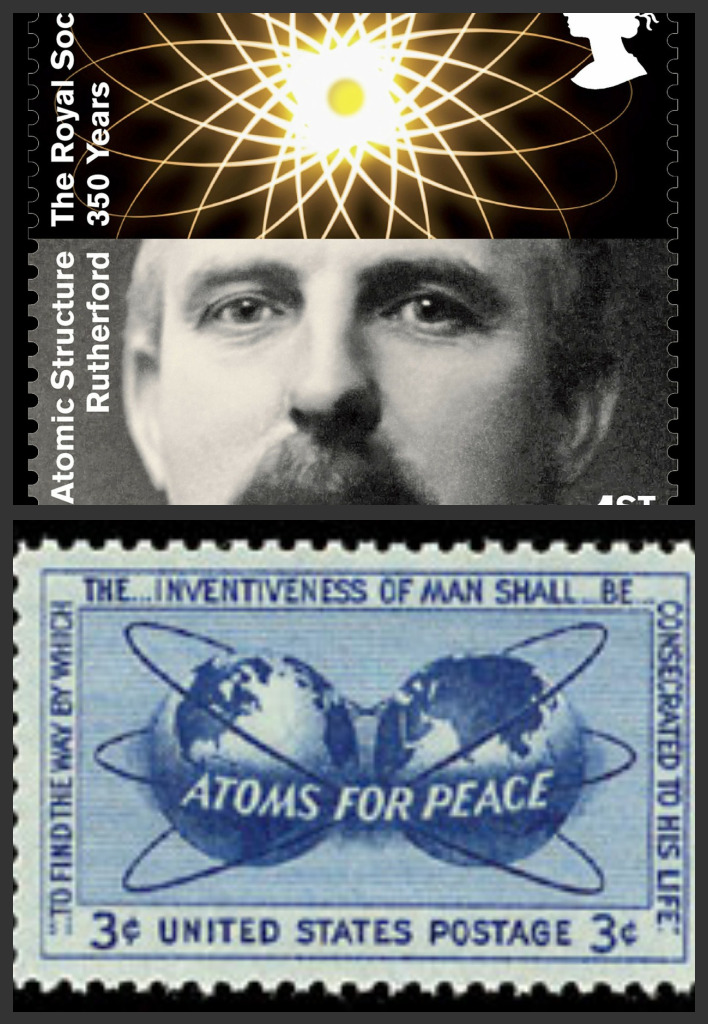