The United States Postal Service (USPS) recently announced that it will commemorate Ellsworth Kelly, the influential abstractionist with a set of 10 postage stamps, slated to go on sale later in 2019. 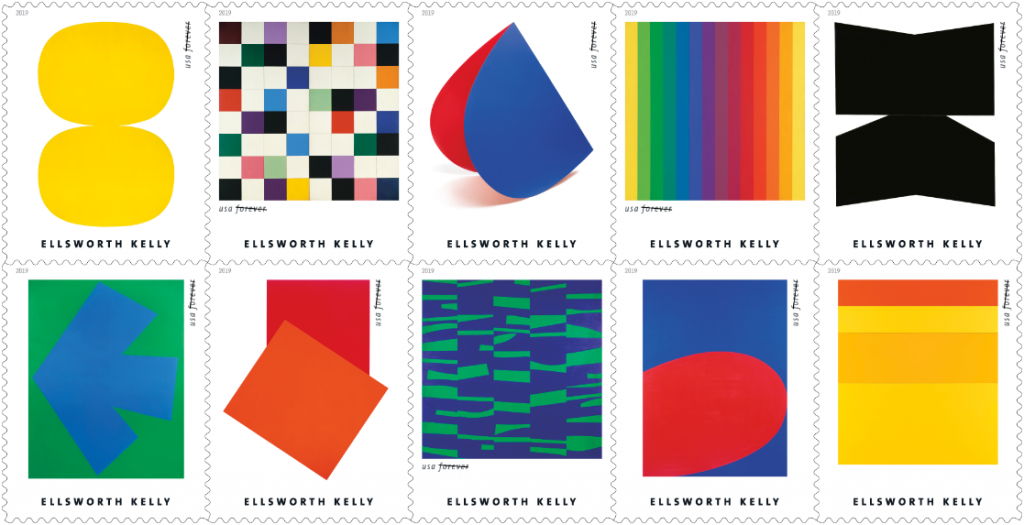 These miniature masterpieces are the work of Derry Noyes, a longtime art director for the USPS. For nearly 40 years, she’s been creating minute tributes to some of the biggest names in American art and design.

The new Ellsworth Kelly stamps, in particular, offer a rare window into the little-known process of creating postage stamps.

Usually, Noyes noted, abstract art is a hard sell for the CSAC. But Kelly’s work sailed through the approval process. “This art is so well-suited for stamps,” she explained. “It reduces down beautifully. The simplicity of the forms and the bright colors and the crispness of it all, it’s just made for stamp size.”
This is not often the case, she added. “When you reduce art down, it can get very muddled, sort of fussy,” Noyes continued. “It doesn’t look well at a tiny size, whereas it looks great as a poster.”
Noyes has developed a sixth sense for identifying stamp-friendly artworks over the years. “Your eye gets better and better at figuring out what is going to work and what isn’t at this little one-inch scale,” she said.

Throughout her career, Noyes has watched the number of letter-writers wane. But, she said, “we are still at it. There are enough people out there using the mail that we’ll keep making these little pieces of art.” 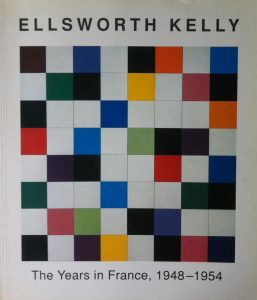 In the late 1950s, Ellsworth Kelly emerged as a major figure in the vanguard of so-called “Hard Edge” New York abstraction. Noted for their articulate, sharply contoured planes, unified perspective, and shifting balances between foreground and background, Kelly’s works expanded the language of both figuration and abstraction, establishing him as one of the leading postwar American artists.