Canada Post will feature the largest animal of all time, the majestic blue whale on it’s $10 high value definitive stamp this coming fall as per the announcement made on the front page of the Canadian Stamp News magazine under the pen of Bret Evans: 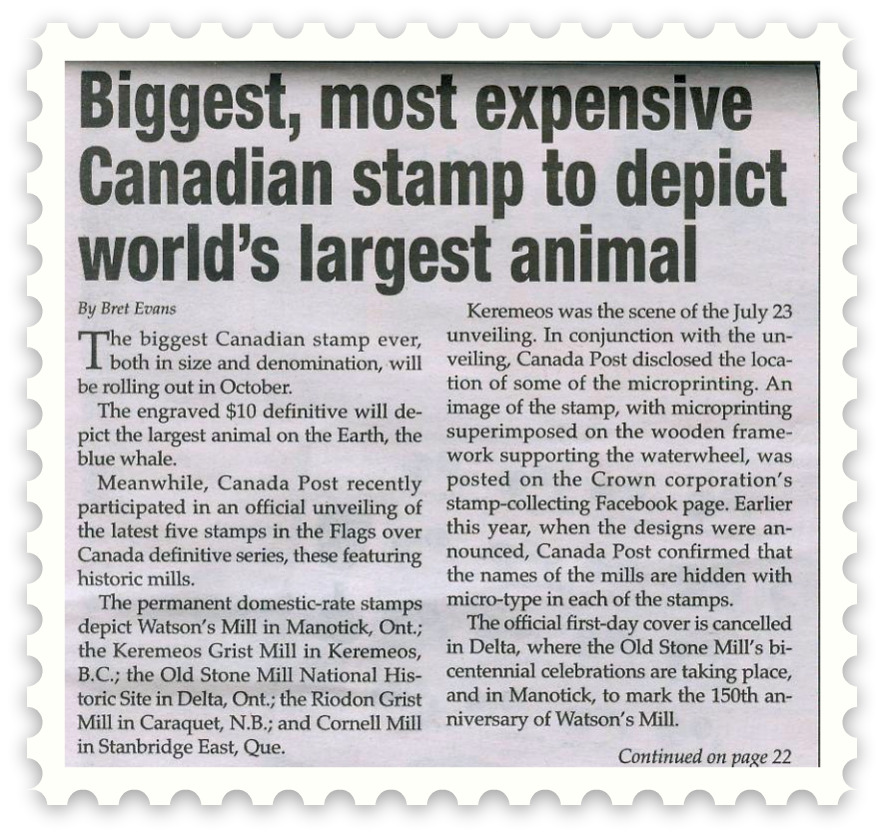 I did some research on the Internet but could not find a prototype of the new blue whale stamp! I would like to know the dimensions.  Canada Post ‘s website does not mention the stamp, unless I missed it.  ?  If you come across something on the subject, kindly post in the comments section below. It will be greatly appreciated. 🙂

Coming back to the blue whale, I  was under the impression that the dinosaurs were the largest animals that lived on our planet, so you can imagine my surprise when I read the article and to find out afterwards, that indeed, the blue whale is bigger, and weighs more than the Argentonisaurus, as per Wikipedia. 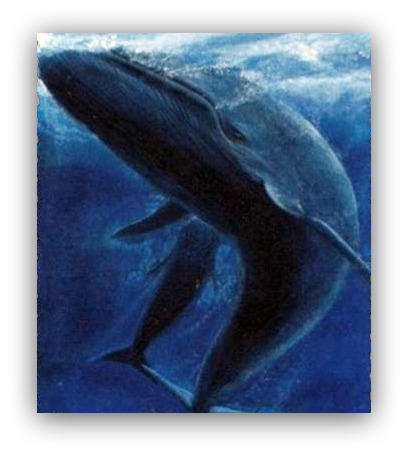 About the size of the Blue Whale

(…) Blue whales are difficult to weigh because of their size. Most blue whales killed by whalers were not weighed whole, but cut up into manageable pieces first. This caused an underestimate of the total weight of the whale, due to the loss of blood and other fluids. Nevertheless, measurements between 150–170 metric tons  were recorded of animals up to 27 metres (89 ft) in length.

The largest blue whale accurately weighed by NMML scientists to date was a female that weighed 177 metric tons. The blue whale is the largest animal ever known to have lived.

The largest known dinosaur of the Mesozoic Era was the Argentinosaurus, which is estimated to have weighed up to 90 metric tons , though a controversial vertebra of Amphicoelias fragillimus may indicate an animal of up to 122 metric tons  and 40–60 metres (130–200 ft).

A blue whale’s tongue weighs around 2.7 metric tons  and, when fully expanded, its mouth is large enough to hold up to 90 metric tons  of food and water. Despite the size of its mouth, the dimensions of its throat are such that a blue whale cannot swallow an object wider than a beach ball. Its heart weighs 600 kilograms (1,300 lb) and is the largest known in any animal.

During the first seven months of its life, a blue whale calf drinks approximately 400 litres (100 U.S. gallons) of milk every day. Blue whale calves gain weight quickly, as much as 90 kilograms (200 lb) every 24 hours. Even at birth, they weigh up to 2,700 kilograms (6,000 lb)—the same as a fully grown hippopotamus. (Source: Wikipedia) 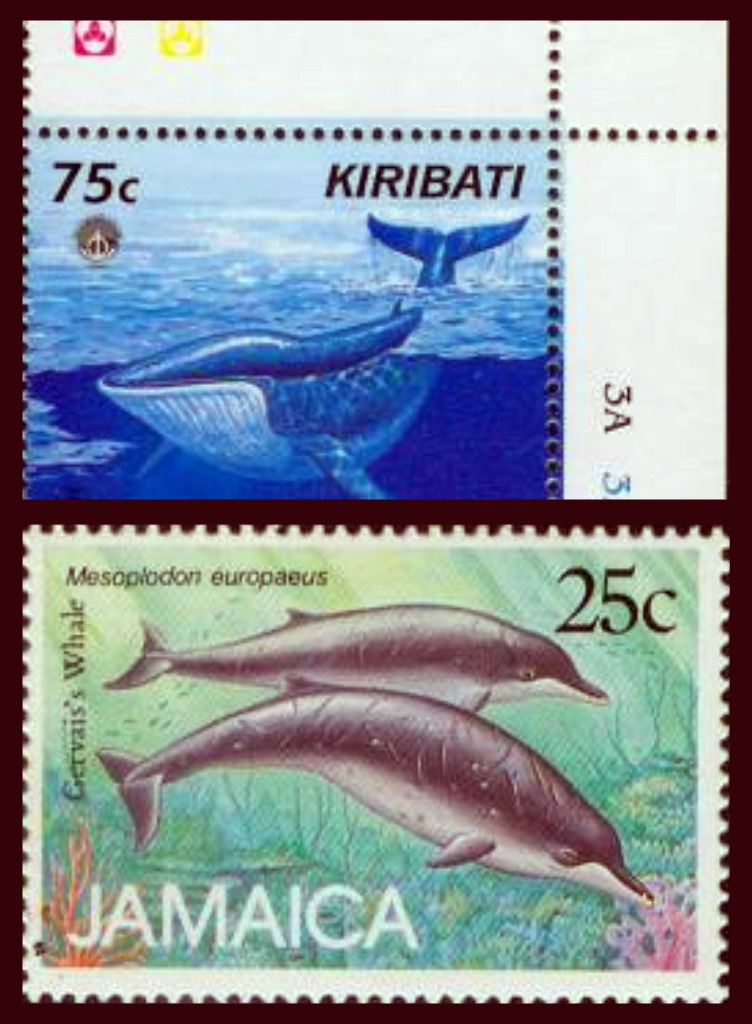 These are some fine examples of postage stamps depicting whales, dolphins and a narwhal.

Blue whales have complex calls that can be heard for miles.

Here’s a great video by National Geographic recording the calls…

Enjoy, and until next, all the best.