On the occasion of the 140th anniversary of the existence of the National Grand Lodge of Romania, commemorative postage stamps were released to celebrate its establishment.

The issue, consisting of two postage stamps and a perforated souvenir sheet, brings to the attention of passionate stamp collectors’ novel aspects of the existence and activity of this fraternal society. 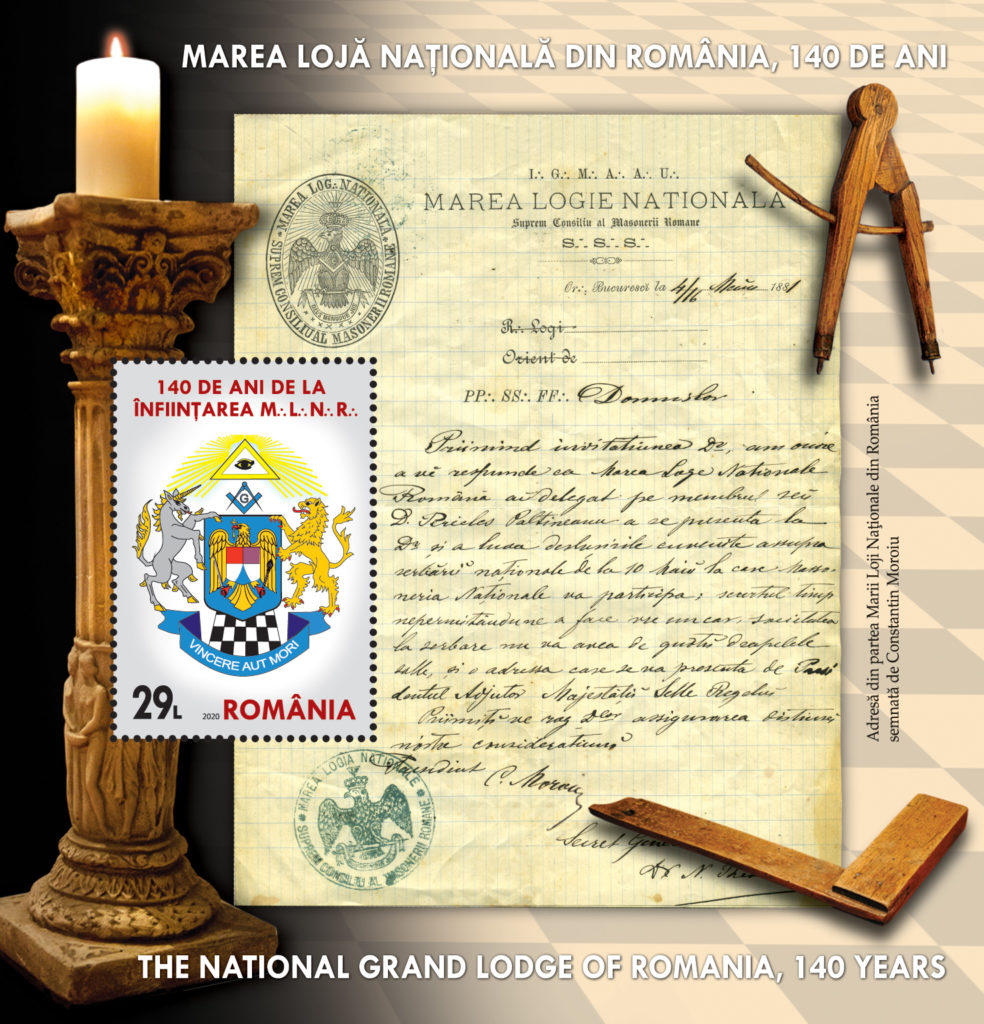 Masonry as we know it today, has arrived in Romania at the beginning of 17th century, coming from Istanbul along with the ships used for transporting wheat, honey and rams to the capital of Ottoman Empire. On the land, it has come from Germanic countries.

Masonry is attested in documents from 1734, the First Grand Master being the ruler of Moldavia, Nicolae Mavrocordat, which has foreseen and started Masonic papers. Due to this, he has been forced to move to Principality of Muntenia. The officers of the first lodge are known to be the nobles.

Freemasonry is a fraternal society the origins of which go back in time to the very cradle of humanity. Its efforts, directed toward perfecting the human being, are underpinned by the belief that love makes one a better, more enlightened, more just and more tolerant person, and a more useful member of society.

The Romanian Freemasonry has a long history, its beginnings being close to the establishment of the first Grand Lodge in London and Westminster (June 24th, 1717).

On the perforated souvenir sheet of the issue with the face value of Lei 29, the following elements are graphically represented: the address signed by Constantin Moroiu from the National Grand Lodge of Romania regarding the delegation of Pericle Paltineanu to attend the Coronation Feast of May 10th, 1881, of King Carol I, the logo of the National Grand Lodge of Romania, alongside of Masonic symbols, the lit candle being also represented on the stamps, as unitary element.

The First Grand Lodge, has been installed in 1880, in Bucharest, today’s capital of Romania. 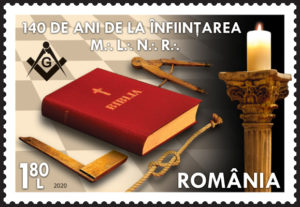 The official establishment of the National Grand Lodge of Romania took place on September 8th, 1880. Constantin Moroiu (1837-1918), an officer in the rank of captain, a participant in the War for the Independence of Romania and a very active philatelist, was elected Grand Master. Constantin Moroiu was initiated into the Sage of Heliopolis Lodge on June 9th/21st, 1874.

Constantin Moroiu pursued the preservation of the sovereignty and unity of the Romanian masonry, for which a single Constitution was adopted for the entire Masonic Order, which included the Grand Lodge and the rites with the specialized training workshops under their subordination. 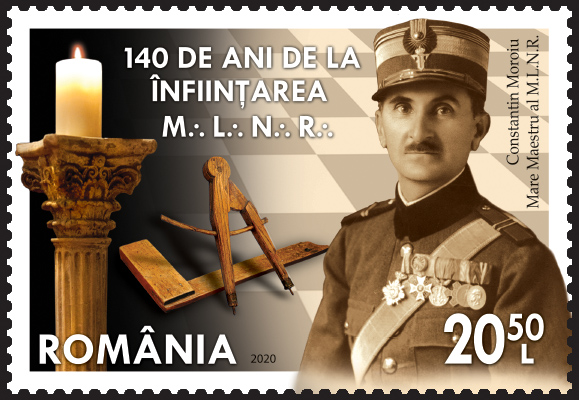 Forced to freeze operations in 1937, then in 1948, the National Grand Lodge of Romania resumed the Lights at the Convent on January 24th, 1993, held in the Hall of Mirrors, at the Vernescu House, having as Grand Master the Most Respectable Brother Nicu Filip, followed by the Most Respectable Brothers Adrian Dohotaru, Sever Frentiu, Vladimir Boanta, Gheorghe Comanescu, Ovidiu Chirovici, and since 2010, the Most Respectable Brother Radu N. Balănescu, recognized and respected in the world masonry, where he held the position of Chairman of the World Conference of Grand Regular Lodges, subsequently being awarded the title of its Honorary President Ad Vitam.

The postage stamp with the face value of Lei 1.80 presents as central element the Bible, around which Masonic symbols are represented.

On the postage stamp with the face value of Lei 20.50 lei illustrated the portrait of the First Grand Master, Constantin Moroiu, along with Masonic symbols. 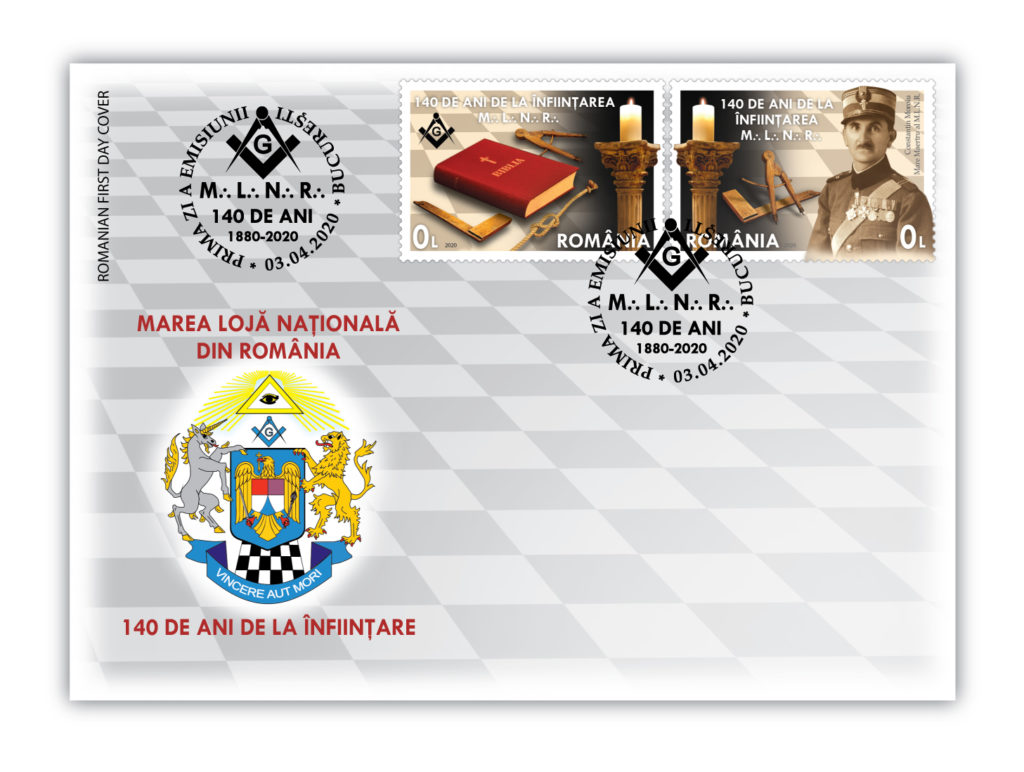 The logo Coat-of-Arms of the National Grand Lodge of Romania is represented on the First Day Cover.