United Kingdom, the only country in the world to not carry the country’s name on their postage stamps, are faced with financial difficulties leading them to consider the privatization of the Royal Mail’s operations.

Under the actual rules and regulations, the new owner(s) is not obliged to keep up with the tradition in place since 1840 of printing the queen’s head profile on the Royal Mail postage stamps. 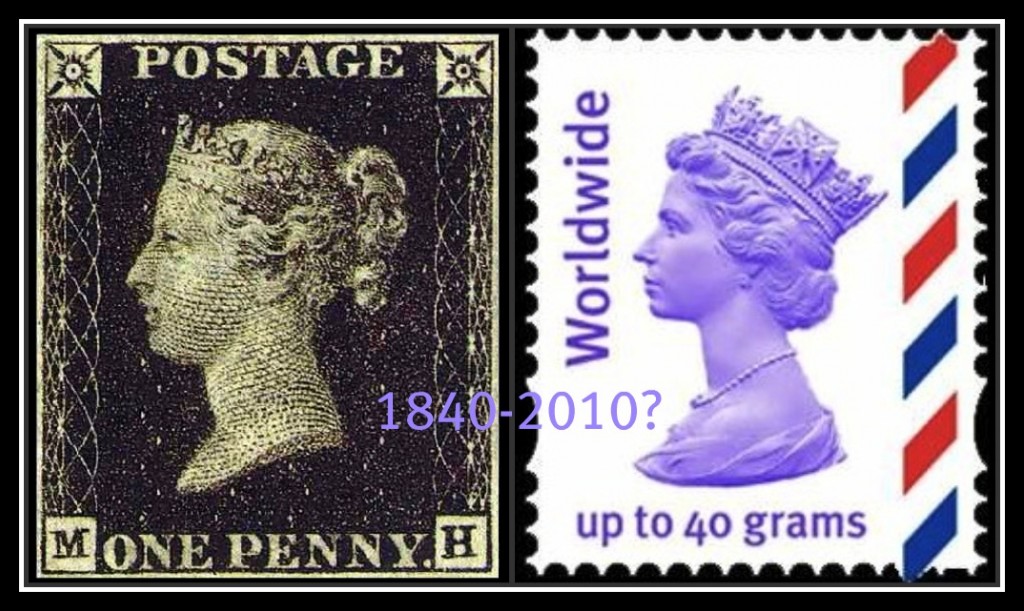 GB Royal Mail First Postage Stamp, the “Penny Black” was issued on May 6,1840

What a reaction that announcement caused when the news hit the media!

Enough so, that members of the British Parlement came up yesterday with an amendment for which all details will be published tomorrow.

Click on the headline “Britain parries threat to Queen’s head on stamps” in the image below to read full AFP press release: 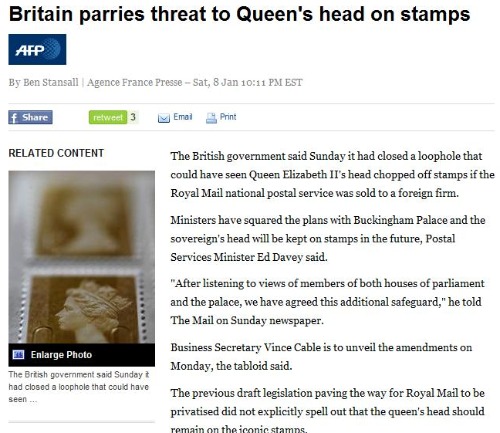 “It’s unthinkable Royal Mail stamps would not have the image of the monarch so we strongly support any measure that protects that key feature.”

I can conceive that “Emailing” has seriously affected the “snail mail” industry, but …. should a country react to financial difficulties by selling off its postal services to a foreign entity? My answer to that question is “No”.

Are they not, instead, strategic “alliances” that can be considered to face the challenges to the sustainability of their businesses?

Doesn’t the digitalized era we are living in, not capable of offering  great opportunities for the postal sector?

Worldwide Postal Administrations, through the issuance of commemorative and definitive sets of stamps depicting the life, customs and environment of their inhabitants, are providers of a rich heritage and its legacy to actual and future generations is so precious.

Postage stamps are truly a unique form of communication.

Let’s all collect postage stamps…they are fine art in miniature and they convey such fascinating stories!

Until next, happy collecting. 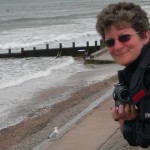