Various philatelic elements can be found to embellish your photography on stamps collection, be it regular postage stamps, souvenir sheets, joint issues, commercial covers, envelopes with photography related postmarks and cachets or even cinderellas.

Each commemorative documents depicting pionners of photographic art, artists photographers, old and new type of cameras, aerial views, and a variety of other subjects all convey exciting stories and great adventures about photography.

I gathered some examples from my own photography on stamps collection and others that are on my wantlist. 🙂 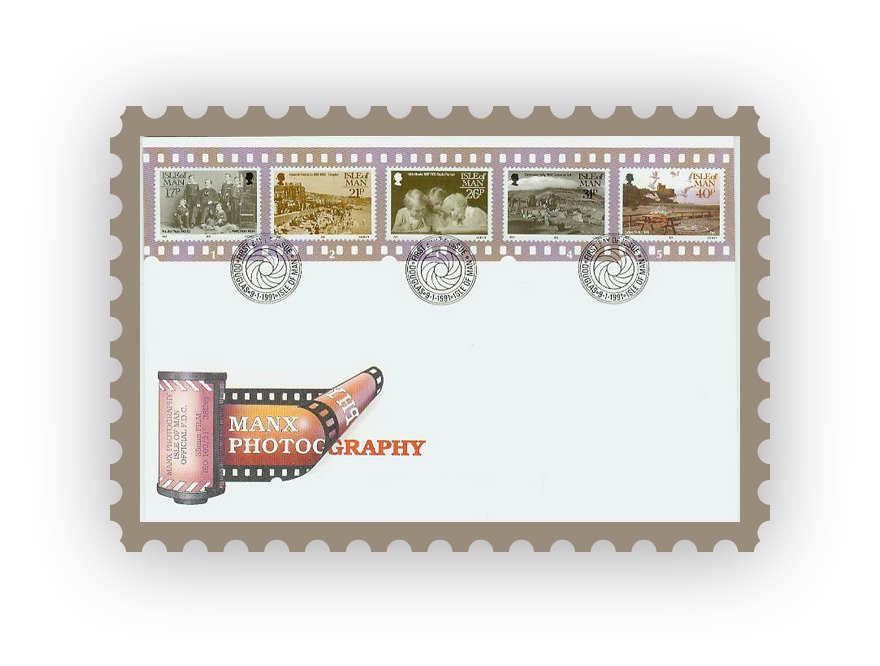 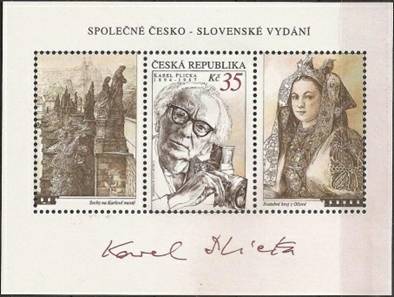 The theme of the common Czech and Slovak issue is the personality and work of the artist of comprehensive gifts and activities K. Plicka (1894-1987).

Karel Plicka is a part of the culture of two – Czech and Slovak – nations. A distinguished photographer and film maker, he was active also in music and singing.

His broad artistic activities in ethnography together with his sensitivity of an artist and musician enabled him to record both in notation and on photographs and film tapes the disappearing world of folk traditions, tales, songs and way of life.

He was also a significant teacher. He was first engaged as a teacher at the School of Crafts in Bratislava, later as a professor and the first dean of a newly established Film Academy of the Academy of Arts in Prague.

Plicka graduated in 1913 from the Teacher School in Hradec Králové, in 1928 from Komenský University in Bratislava in music science, ethnography and art history.

In 1924-38 he collected Slovak folk songs and documented folk cultural for the ethnographic department of the Slovak ethnographic institute Matice slovenská.

He recorded about 40,000 songs from Slovakia, Bohemia and Moravia, published in 1961 in the collections Czech Song Book and Slovak Song Book.

He set up the archives of documentary and ethnographic photographs of the Matice slovenská.

In 1937-39 he set up and headed the first film vocational centre of the School of Crafts in Bratislava. During World War II he worked in Prague where he published the book Prague on K. Plicka’s Photographs.

From the 50s he worked exclusively as a photographer (books of photographs Prague Castle, The Vltava River, Homeland The Beautiful, Levoča, etc.).

A famous photographer, Plicka was highly appreciated both locally and internationally for his film documentaries (he won the Venezia Cup for his music poem Singing Country in 1934).

In 1822, French inventor Joseph Nicéphore Niepce produced the first permanent photograph, a photoetching that was later destroyed by accident when he attempted to duplicate it. 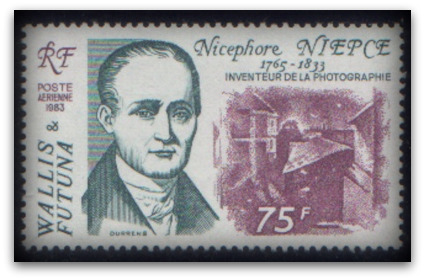 Niépce coated a glass plate with bitumen and exposed it by contact under an engraving of Pope Pius VII.

The engraving had been oiled to make the paper nearly transparent. The sunlight passing through the clear portions hardened the coating to the glass, but those portions shadowed by the lines of the engraving remained soluble.

When developed in the oil of lavender the unhardened portions dissolved away, leaving a clear, fine-lined imaged. Viewed by transmitted light the image was composed of bright lines in the darker field of the remaining opaque coating on the glass; when held against a dark surface and lighted from the front, the image looked black in its surrounding light gray field.

This first permanent example of a heliograph was destroyed during an attempt to copy it some years later. In 1827, he produced the first successful picture, after eight hours of exposure!

Photography has come a long way since those early days and it surely makes a great subject for a topical stamp collection.

As John H Groet so well described in the ATA Handbook#69:

They can select what they like and add to it, while holding on to the rest of their general collection to use as “trades” to secure desirable stamps for their topical collection.