In commemoration of  the 100th Anniversary of the TITANIC fateful history, several postal administrations will be issuing commemorative postage stamps and related collectibles that tells the story of the largest ship ever built, and the tragedy that fell upon its passengers and crew members.

Stepping back in time… 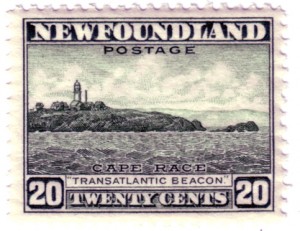 In 1904, the first wireless station in Newfoundland was built at Cape Race.

This was the only land-based location that received the distress call from the RMS Titanic.

When Cyril Evans, wireless operator of the SS Californian, sent an iceberg warning to Titanic, only a few miles away, Phillips was annoyed with the loud signal (due to the proximity) and responded “Shut up, Shut up, I’m working Cape Race.”

This would become a famous incident, as the bored Evans soon went to sleep, and Titanic hit an iceberg only fifteen minutes later. After Titanic’s distress call, Cape Race played a major role in relaying news of the sinking to other ships and land locations. 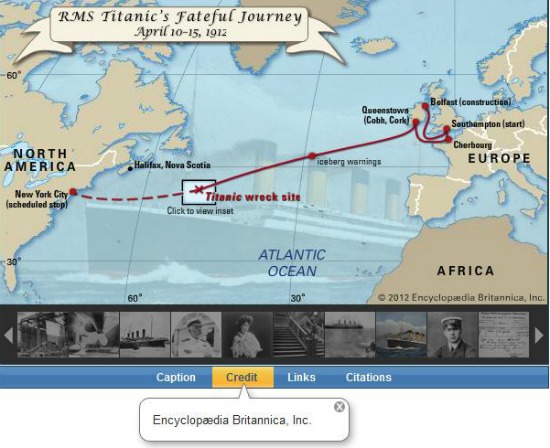 (…) on Sunday, April 14 at 11:40 pm, Titanic struck a giant iceberg and by 2:20 am on April 15, the “unsinkable ship” was gone.  In less than three hours, the pride of the White Star Line had become one of the greatest marine disasters in recorded history.

Within days of the sinking, the White Star Line dispatched the first of four Canadian vessels to search for bodies. The first two vessels to carry out this grim task were the Halifax-based Cable Ships Mackay-Bennett and Minia, which recovered 306 and 17 victims respectively. In all, 150 unclaimed victims were laid to rest in Halifax, forever linking the city to the vessel’s tragic tale.

Today, the city of Halifax and the Province of Nova Scotia retain many reminders of the way in which the tragedy of the Titanic touched the lives of those who lived here.  From the gravestones of victims, to memorial monuments; preserved fragments of the vessel, to original photographs and documents; stories passed down through generations, to new insights and discoveries; Nova Scotians have remained respectful keepers of the vessel’s memory.

Canada Post commemorates the centennial of the sinking of RMS Titanic through an unique perspective, as the stamps from this commemorative issue, created by Haligonian design team of Dennis Page and Oliver Hill, depicts the best-known ship in the world with great realism.

How does one make a stamp of a ship that sunk a century ago?

Watch this video where stamp designer Dennis Page takes you through the creative process—from the inspiration to the actual products!

The Titanic 100th Anniversary Collector Set, which includes a leather-bound embossed collectible album that tells the story of the tragedy from a Canadian perspective. It includes an authentic White Star stock certificate, all five stamps from the issue, two Royal Canadian Mint Titanic coins, a special-re-created Titanic cancel and three Titanic postcards. ( Only 10,000 produced ) 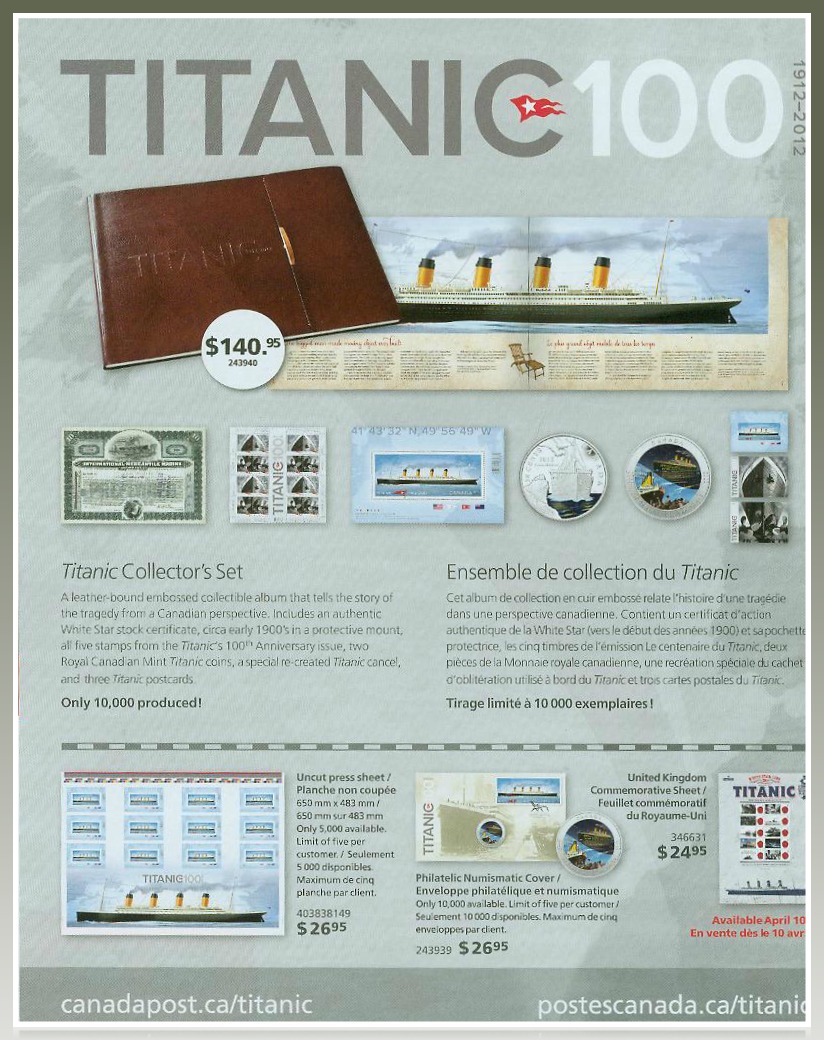 The complete Titanic stamp issue is composed of:

– a booklet of 6 stamps (international rate)

– a stamp and coin collector envelope

The first FDC features a photo from Father Brown’s collection of the captain of the Titanic walking on the deck with the bow and the stern stamps.

The second FDC makes use of the international denomination stamp and features a photo of a paper boy in New York City announcing the disaster.

More Titanic Commemorative Stamps From Other Countries of the World

What a great addition to a Titanic or Ships on Stamps topical stamp collection!

PS: Below are two videos covering the story of Titanic from its inception in 1907 to its last day in 1912.