Canadian culinary history is featured in a booklet of PermanentTM domestic stamps dishing up the origins of five delicious Canadians desserts and takes you on a tasty trip from coast to coast. 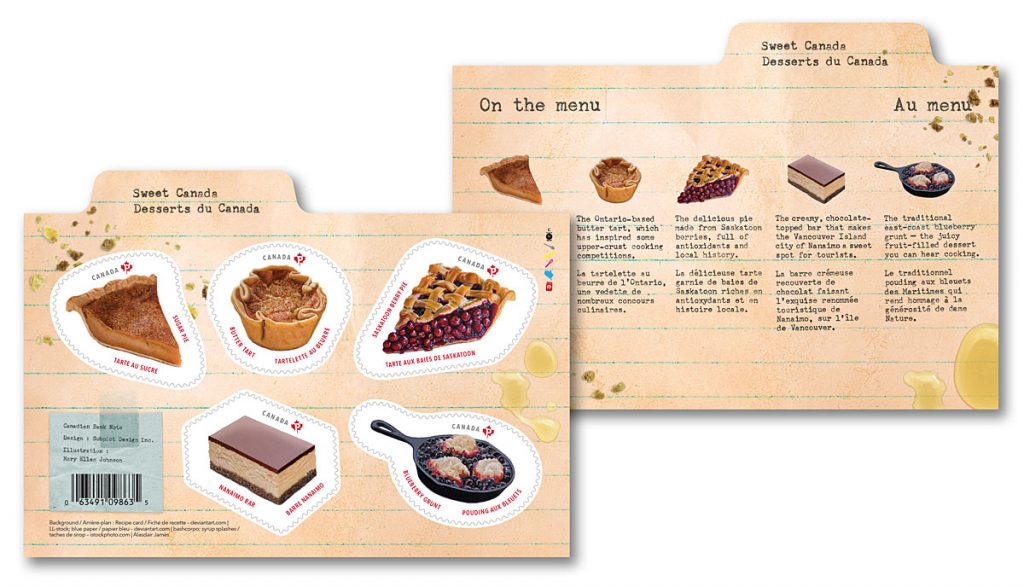 The odd-shaped stamps are arranged on a fun recipe card background. The back of the booklet also features a recipe box motif.

The coconut, graham cracker-crusted, custard-filled, chocolate delicacy warmly known as the Nanaimo bar is earning a reputation as Canada’s sweetheart after Canada Post announced it would be featured in a new stamp collection. ~Nicole Bogart, CTVNews.ca

The rendering of one of these dessert, the Nanaimo Bar is generating controversy as critics question base-to-filling ratio. 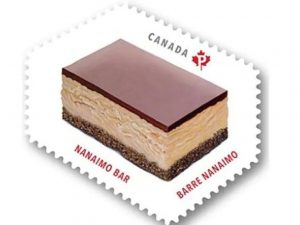 But is it really a Nanaimo bar? Images of the eminently lickable stamp were released Thursday, and while all three layers of the classic dessert are accounted for — the crumbly base, the custard filling, and the chocolate ganache icing — many were quick to point out that the ratio is all wrong. ~ Harrison Mooney- Vancouver Sun

As evidence, Joyce Hardcastle provided Postmedia a picture of a fresh batch of Nanaimo bars that were chilling in her freezer, atop a tea towel sold in local shops, which also features her famous recipe. 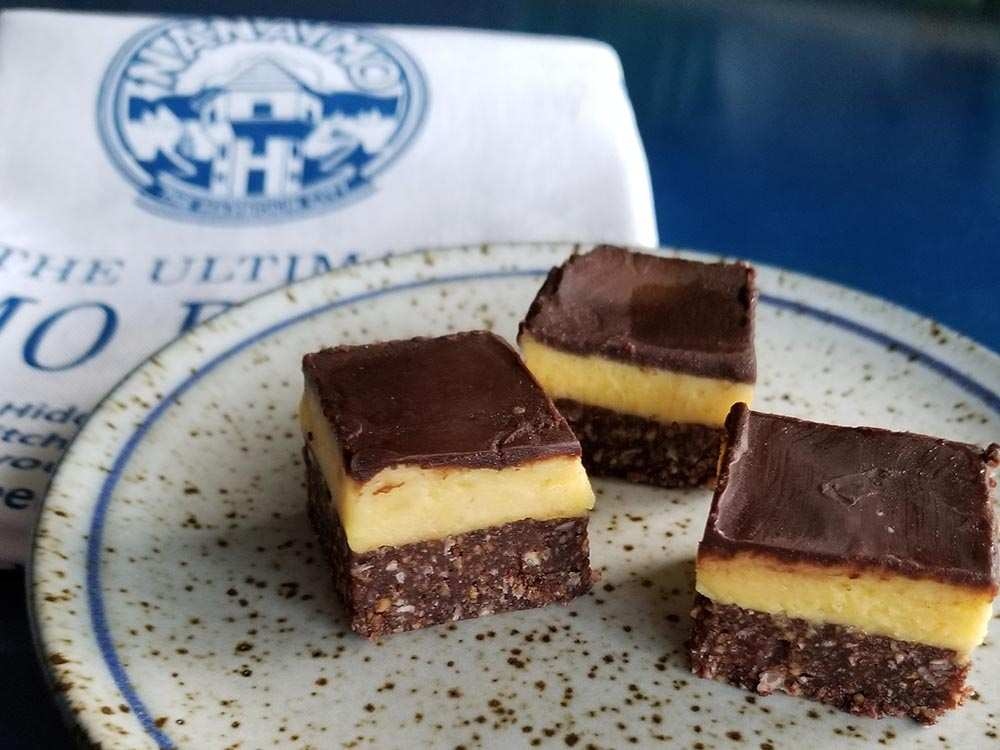 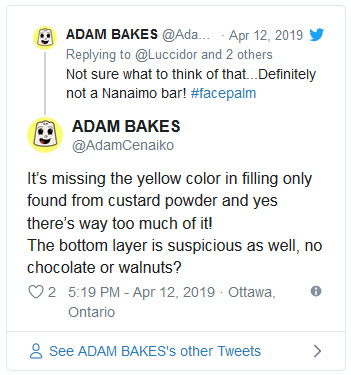 Yet, Canadians seem to be the most excited by the addition of the Nanaimo bar stamps. News of the stamp has even reached overseas, according to Twitter users.

“Just heard people at the airport in Norway talking about the Nanaimo Bar getting its own postage stamp in Canada,” wrote one Twitter user. “My first thought was, ‘Nanaimo Bars are definitely Canadian, but worthy of a stamp?’ My second thought was, ‘Who still uses stamps?’”

The decadent no-bake bar has become synonymous with its namesake Vancouver Island city. Yet, according to the City of Nanaimo’s website, the treat’s origin is “shrouded in mystery.”

In 2006, the Nanaimo bar was declared Canada’s favourite confection by a reader’s poll in the National Post. The dessert is so popular in its hometown that the city has developed a “Nanaimo Bar Trail” dedicated to the city’s best confectionary selection. 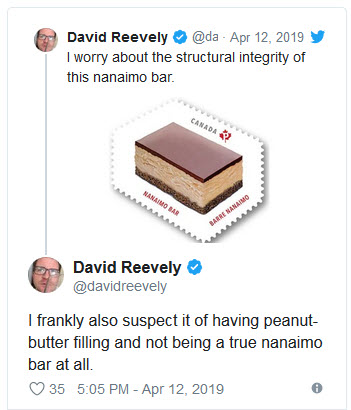 PS: The April 2019 checklist updates have been completed and the dATAbase now has a total 735,445 items. Topical stamps checklists are emailed or mailed to ATA members within 24 hours of order receipt. If you don’t find your topic listed, ATA can customize a checklist for you. Order by email, phone or postal mail. Visit the American Topical Association (ATA) for more information.