Travels on the “Blue Road”, on the northern shore of the St Lawrence River – Part 1

With dear friends Mairiuna and Jean-Claude, who flew over to Montreal from Bordeaux, France, we recently travelled within the beautiful Province of Quebec on a 14 days and more than 5,500 kilometers road trip. 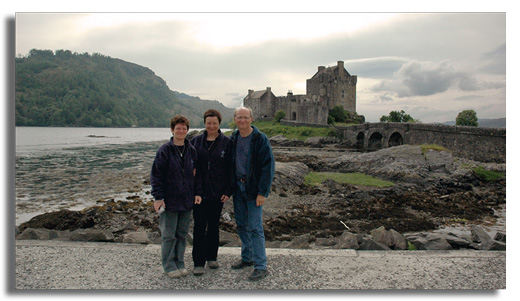 As we stopped often to take pictures, I suddenly realized that a lot of the beautiful sceneries, people, wildlife and artefacts of the regions we were driving through had been pictured on canadian postage stamps and that gave me the idea of writing this article to showcase jointly some of our travel photos along side with stamps issued by Canada Post.

Therefore, we are delighted to share with you, in this series of articles, both in pictures and in philately, the highlights of our own “Blue Road” trip. I explain further down why we chose to title our itinerary as such. Hint?  It has to do with one of our favorite Scottish authors: Kenneth White . 🙂 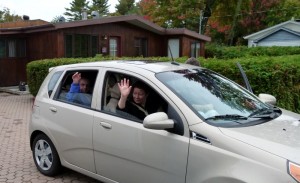 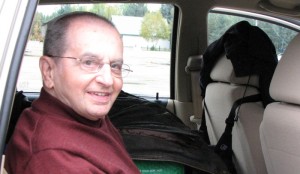 My Dad, Jean-Paul, comes along on the first length of the trip 🙂

We will be heading to the Saguenay/Lac St-Jean region, then drive up north as far as the paved road 138 goes, and that is at Pointe-Parent’s village, on the northern shore of the St Lawrence river. 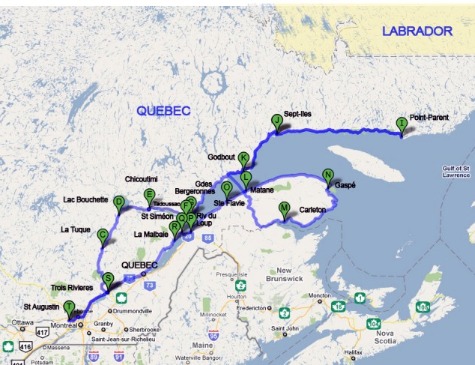 The following days, we will come back south by the same road, as they are none other, to Godbout city to catch the ferry crossing over the St Lawrence River to  Matane, on the northern coast of the Gaspésie peninsula. From there we will go south on road 195 to reach the road 132 that will tour us around the peninsula to Percé and back to Matane! 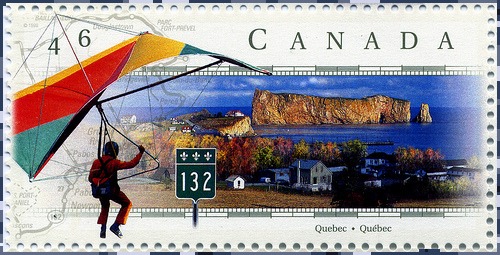 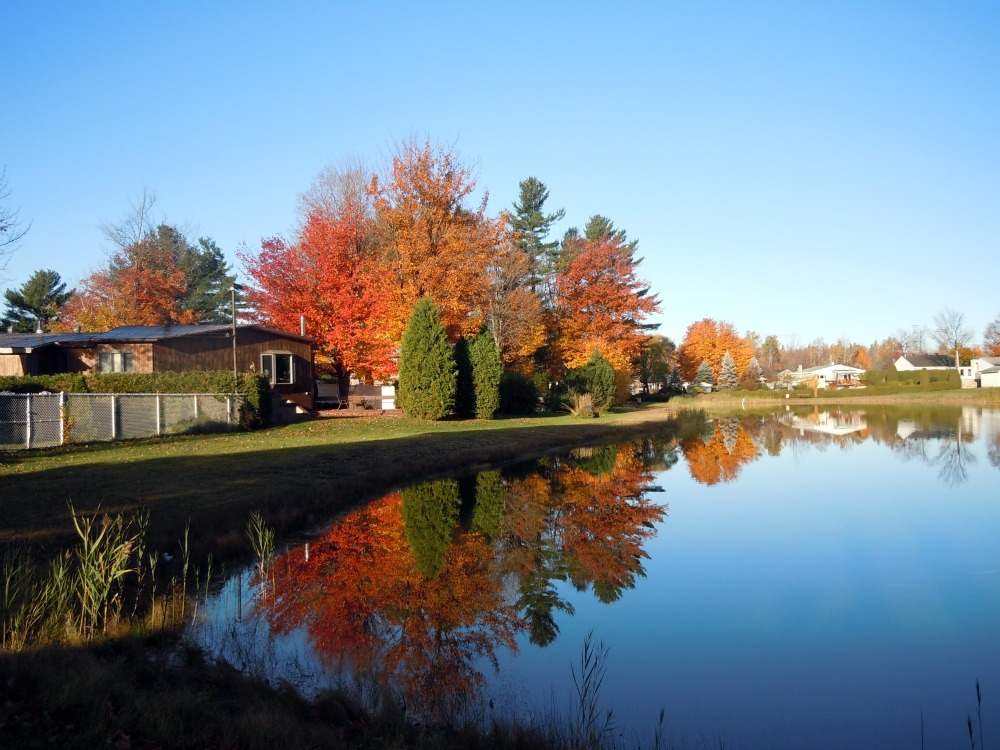 You can imagine how excited we were when we departed from home in St-Augustin of Mirabel towards our first overnight stop to be at my sister’s home, near Lac Bouchette, in the Saguenay/Lac St-Jean region. 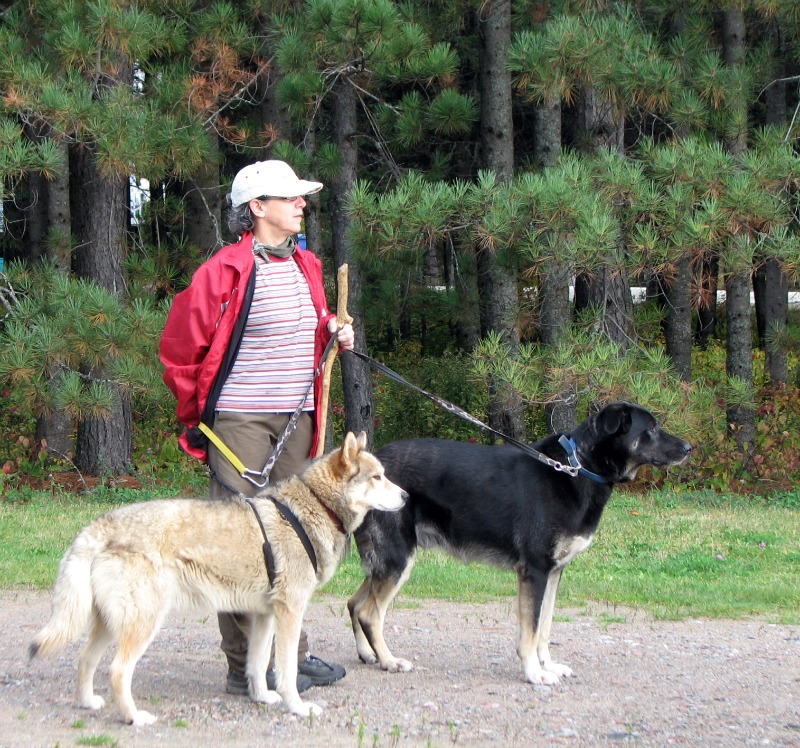 We are really looking forward to the days we will spend with Judith. She is an unconditional nature lover, top trekker and we can expect a lot of fun together while she guide us around the beautiful settings of her house.  She has two beautiful dogs, Inouk & Mozart, and it will be a delight to take long walks in the colorful nearby nested forest. That will definitely keep us in good shape. 😉 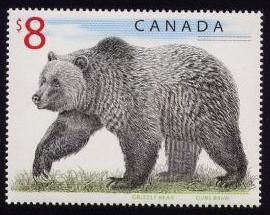 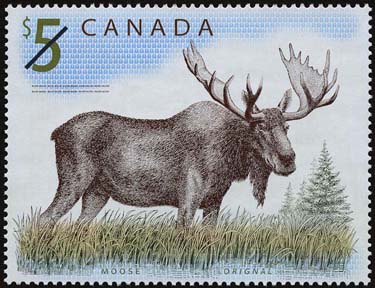 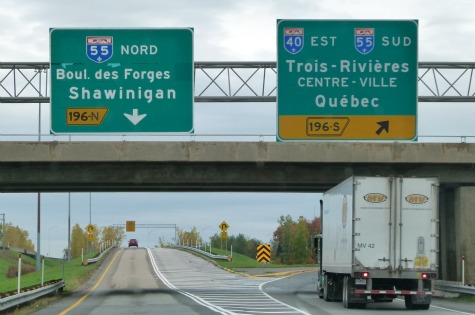 We gotta beware though, because it is not unusual to spot bears, deers and mooses in the nearby forest surrounding Lac des Commissaires. Our cameras will be ready, but I am pretty sure you will see me running away for my life, rather than tempting to take snapshots, if I do encounter with one of these beautiful creatures…Yikes! 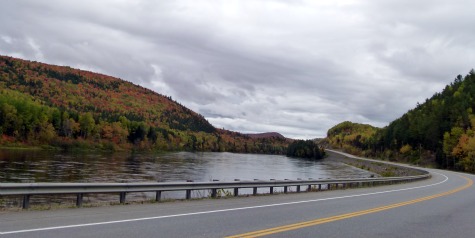 It’s great to be outdoors, breathing bowls of fresh air while contemplating nature’s beauty reflecting upon so many lovely lakes and rivers. 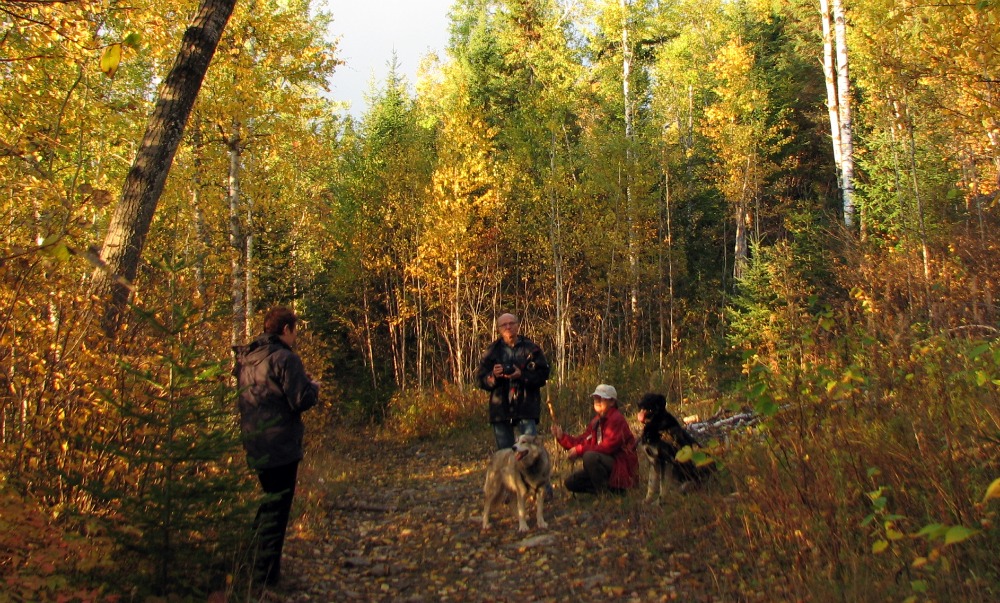 Even though we were not given the opportunity to photograph a moose, or a bear ( thank God! ) as pictured in the stamps above, we did encounter white-tailed deers on the roadside.

To savour a moment in history, while traveling up north on Road 155, along the banks of the Bostonnais river, (the river is called the Bostonnais after one of the original white settlers that came from Boston, USA ), we stopped at the Ducharme and Thiffault covered bridges, only eight kilometers apart, which were both build in 1946 to join the two sides of the village and meet the requirements of the times 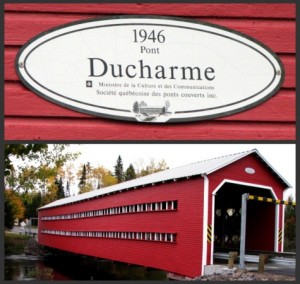 From the approximate 1,000 covered bridges that existed at one point in time in the province of Quebec, only 91 were still in existence in 1997. It was critical that something be done to preserve them! Under popular pressure, the provincial government finally got involved and the covered bridges are now under the responsibility of the Department of Transportation. 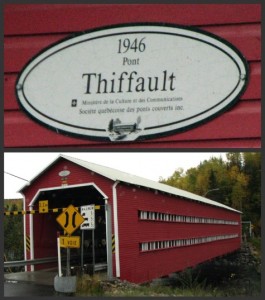 On the topic of covered bridges, Canada Post depicted the New Brunswick’s Hartland 1,282 feet long covered bridge on a 45c commemorative 1995 stamp series featuring canadian bridges. It is known as the “kissing bridge”.

The longest covered bridge in the world in Hartland, New Brunswick, Canada an is a kissing bridge. This is a legend, which developed during the years when this covered structure was used mainly by horses and wagons.

This was of so much concern to the general public that there was great opposition when they talked of covering the bridge.  Sermons were even preached on how a covered bridge would destroy the morals of the young citizens.  Their concerns were heard, but not heeded and the bridge was covered.

It is said that young men trained their horses to stop about half way across the bridge.  The horse would wait until the couple shared a couple of kisses and then it would continue to the other side of the bridge.

Today, you can see many couples going to the bridge to share a kiss and receive the special feeling of their love with the spirit of the grand old bridge. We are certain that the bridge’s spirit will look favourable on these couples.

A good example of this was in September 1993, when Charmaine Laffoley and David Hunt of Toronto became the first couple to be married on the bridge

The colorful title given to our trip was inspired by our reading of Kenneth White’s book: The Blue Road , in which he relates his own travel in the area in the 1980’s, along similar roads. Once he reached Natashquan, instead of coming back south as far as we did, Kenneth White came back to Sept-Iles, and from there embarked on a train going north to the Labrador region, thus realizing a chilhood’s dream. We will follow his labradorian trail in our next adventure, “Quebec 2”. 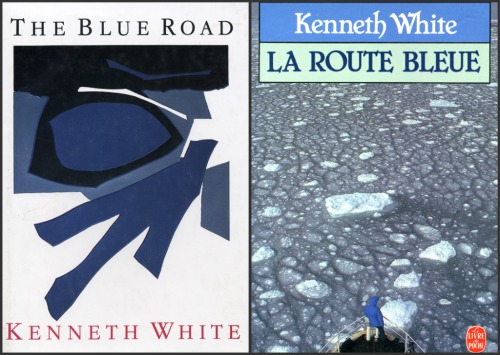 “White’s travels are very different from romantic wanderlust, modern globetrotterism or beatnik bumdom. At every instant along the way, he seems at one and the same time to be leaving the world behind and to be rediscovering it in all its freshness”

Stay tuned for “Traveling our “Blue Road” on the northern shore of the St Lawrence River – Part 2” as we go Whale Watching! 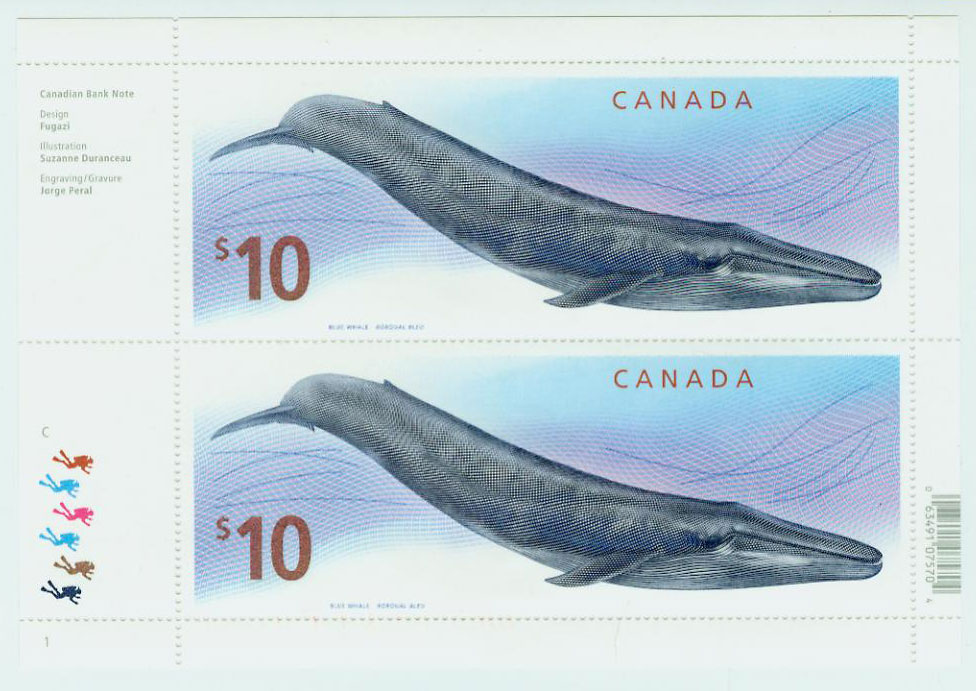 “This is both the biggest stamp and highest stamp denomination Canada Post ever produced” said Alain Leduc, Manager of Stamp Design and Production at Canada Post. “We thought this made a fitting tribute to the largest creature in the animal kingdom”. He explains that he looked to prior issues in the Canadian Wildlife series to determine the size. “Since the largest stamp before it was the grizzly bear, we decided to double its length.”