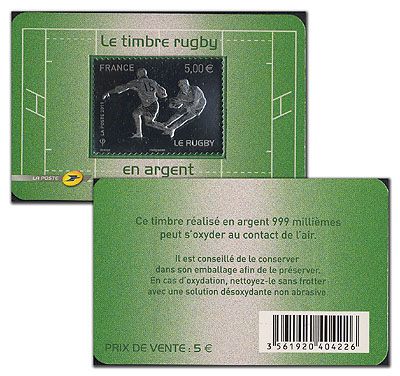 To commemorate the 7th Edition of the Rugby World Cup, France issued on July 11, 2011 a beautiful silver stamp made of 0.999 silver and housed in a protective capsule to help resist tarnishing.

Valid for postage, the stamp has a nominal value of 5 euros, which is quite high.

In 2007, France hosted the Rugby World Cup and therefore issued a series of stamps devoted to Rugby in April, June and September 2007. You can view these commemorative stamps and more rugby stamps on the Rugby on Stamps website.

In 2010, the FIFA World Cup was commemorated on a France silver stamp of equal nominal value. (see photo below) 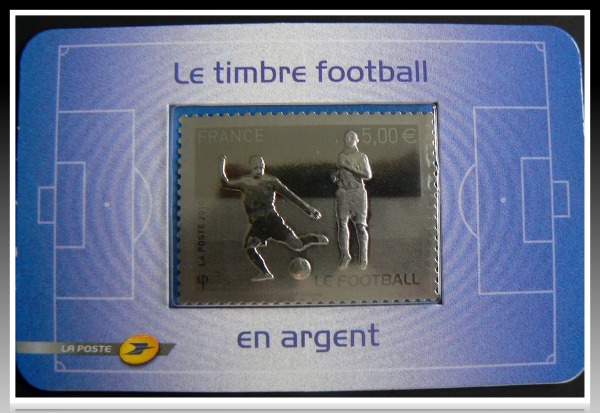 It’s interesting to know that the first ever silver stamp issued by France was in 2005, depicting the Marianne. Symbol of the French Republic, the Marianne figures on many of the definitive stamps of the country. 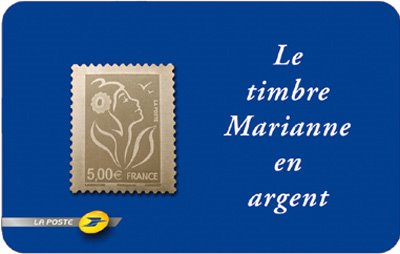 It is unlikely to find the above silver stamps on envelopes that travelled through postal services….but I do keep my eyes open for it.

Following the publication of this article, I received through the mail an envelope bearing the silver stamp: absolutely magnificient! Don’t you agree? Many thanks to our loyal reader whose kindness and creativity produced such a beautiful philatelic work of art. Background depicts  a sunset over New Zealand city landmarks. Top left corner shows the Rugby World Cup and underneath, a listing of all participating countries with country flags. 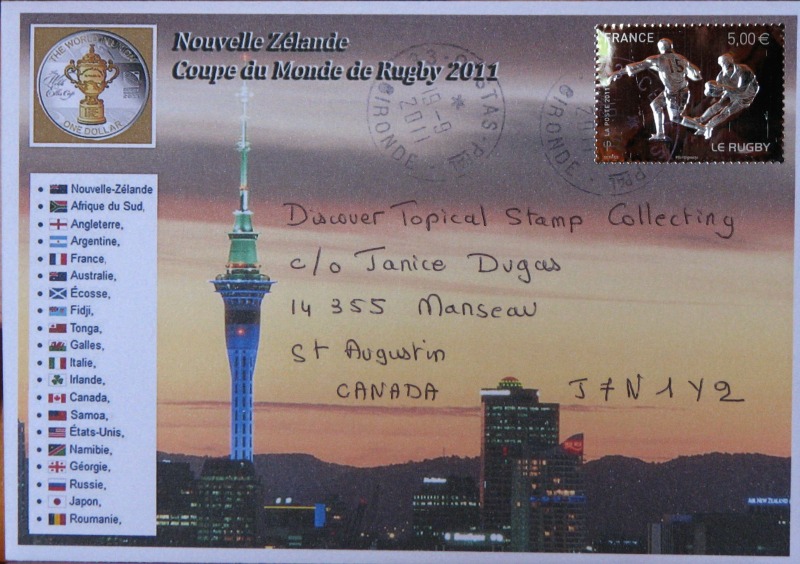 If by any chance, you have an envelope postmarked with the above silver stamps, housed in your stamp collection, you are kindly invited to email us a photo (support AT secretstostampcollecting.com). We will gladly publish it here to share the good news with all our readers!

“PARIS, 13 October – Jonny Wilkinson was yet again the hero as England emerged victorious in their world cup semi final versus host France, sending the defending champions to their second consecutive final. While Wilkinson’s goal-kicking was far from perfect, the England fly half came through when it mattered most, providing a drop goal on 78 minutes to seal the victory. Relive this exciting match again and again in this official Rugby World Cup DVD.”