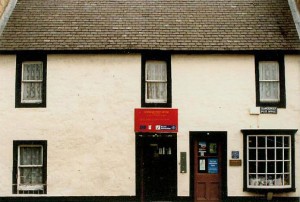 I’m always happy to receive emails from our dear Scottish friends, Iain and Margaret. They are so entertaining and always filled with great stories directly sourced from their worldwide traveling adventures.

In yesterday’s mail, Iain mentions a conversation with row seat passenger while flying from Prestwick, Scotland to Wrocklaw, Poland:

“I recall that we talked a bit – on the plane – about Chopin’s time in Scotland, the last summer of his short life. Monday – 17th October – is the Anniversary of Frederick Chopin’s death in 1849.”

Today being October 17th, let’s take a few minutes to reflect upon one of the world’s most greatest musical prodigies!

Alex Birman rendered the enthralling power of Chopin’s music in such a beautiful way, that I decided to publish his article below .

The Fantasy Impromptu of Stamps 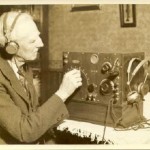 ‘You are sitting in your library on a rainy day, your company consisting of a dusty, old radio and a hot cup of jasmine tea.

You turn the dial to your favorite classical music station.

As you close your eyes and take in the magic which begins to embrace your very existence in that room, your ears are captivated and consumed by a whirlwind of notes and rhythms and harmonies and dissonances.

That which hypnotizes you in all of its wonder and genius is none other than Frédéric Chopin’s breathtaking Nocturne Opus 72 no.1, and you instantly become whisked away to a romantic ballroom where the prodigy, himself, is caressing and pounding out each and every measure, with the precision of a savant, as your soul waltzes to the dark and intricate melody.’

‘Each note is significant to the whole, with every crescendo and decrescendo sending chills up your spine; you truly appreciate the great murder that is modern music. Such an experience is fairly typical for the average sophisticate with a refined taste in music. This feeling of complete and total enthrallment is most likely the reason why Chopin is considered to be one of the most talented and innovative musical geniuses in the vast history of piano.’ 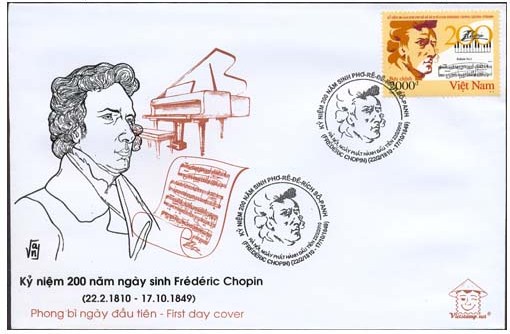 ‘Frédéric Chopin was born in the village of Zelazowa Wola, in Warsaw, Poland, on March 1, 1810, to a French father and a Polish mother. During the duration of his musical life, after he was recognized as a child prodigy at the age of eight, he grew in popularity as a master Polish composer of piano music during the Romantic period (1820 – 1869) and is still considered to be one of the greatest piano composers of all time.

He proved to be quite the innovator, in many respects, including the invention of the ballade music form for piano and the innovation of structures, such as the nocturne, the sonata, the waltz, the impromptu, the etude, and the prelude.’ 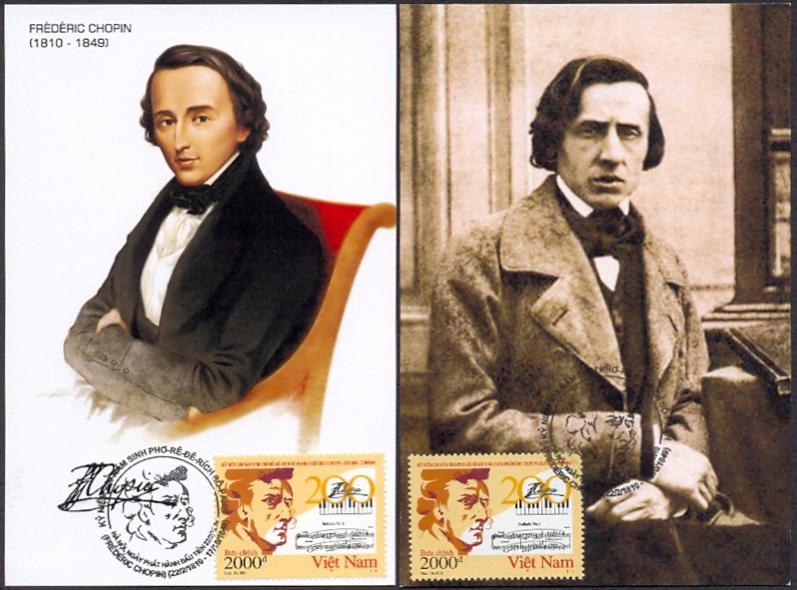 ‘It was an unfortunate day when the keys of the grand piano grew silent, on October 17, 1849. Chopin died in Paris, of what some claim to have been a broken heart, resulting from an affair he’d had with the French novelist, Madame Dudevant, more commonly known as “George Sand.” 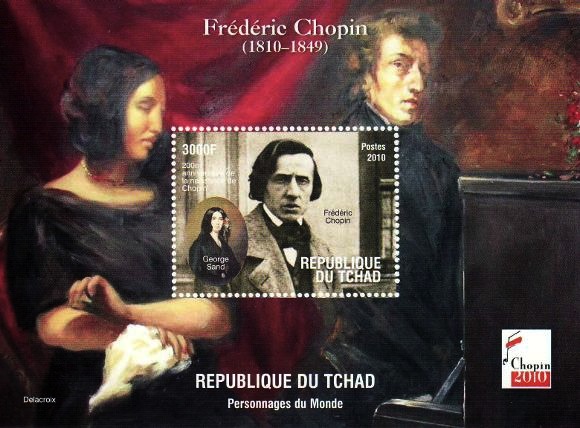 This is a beautiful stamp souvenir sheet, issued by Chad in 2010, commemorating the 200th anniversary of the birth of famous Polish Romantic composer and virtuoso pianist Frédéric Chopin. Also featured on the sheet is French novelist George Sand.

‘One must take into consideration, though, that the life of such a passionate being rarely ends in anything other than heartache and tragedy. The era of a great musical master had come to the end of its chapter, but the spirit of his passion, lived out through each note, was left to haunt the ears and souls of generations to come.’

Source: The Fantasy Impromptu of Stamps

Chopin composed his popular Nocturne in E-flat major, Op. 9, No. 2 when he was about twenty. Like much of Chopin’s music, this nocturne is tinged with melancholy. Click on the arrow below to hear and listen to the melody…

The nocturne is reflective in mood until it suddenly becomes passionate near the end. The new concluding melody begins softly but then ascends to a high register and is played forcefully in octaves, eventually reaching the loudest part of the piece, marked fortissimo. Tension increases dramatically as the crescendo brightly moves up to the long trill. After a brilliant trill-like passage, the excitement subsides; the nocturne ends calmly.

I’m going where there’s no depression
To the lovely land that’s free from care
I’ll leave this world of toil and trouble
My home’s in Heaven, I’m going there

In that bright land there’ll be no hunger
No orphan children crying for bread
No weeping widows toil and struggle
No shrouds, no coffins and no death

I’m going where there’s no depression
To the lovely land that’s free from care
I’ll leave this world of toil and trouble
My home’s in Heaven, I’m going there

Since 1956, UNESCO participates in commemorations of anniversaries of eminent personalities, works or events that have contributed to the mutual enrichment of culture in order to give them worldwide significance.

Inside the 2010-2011 program, Frederic Chopin’s 200th Anniversary of birth has been proposed by Poland, with the support of France. 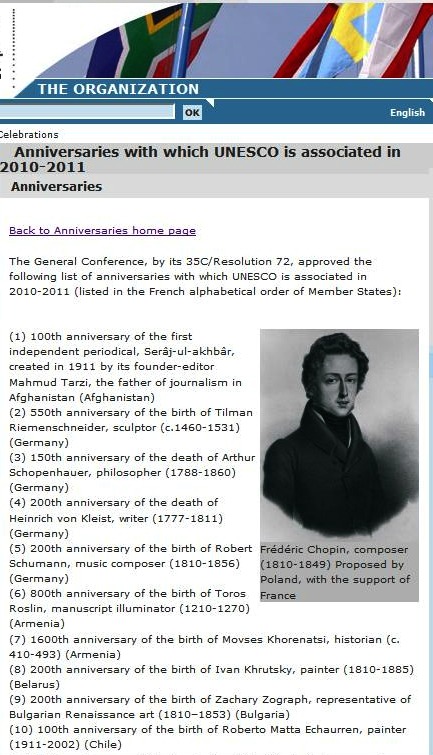 Frédéric Chopin, Composer (1810-1849) Proposed by Poland, with the support of France.