The multifaceted life of Sir Arthur Conan Doyle and the creation of his fictional detective character, Sherlock Holmes, catches your fancy?

Robert A Moss, member of the Baker Street Irregulars, leads us with brio along a philatelic journey in which we discover gorgeous worldwide postage stamps and related philatelic documents honoring the literary works of Sir Arthur Conan Doyle and his popular and beloved fictional detective character, the one and only Sherlock Holmes.

(see postcard below to request a sample of American Philatelist magazine and a descriptive brochure of the membership’s benefits. Just print and mail out!)

In 1891, ‘ A Scandal In Bohemia ‘, the first story of a series which were destined to become famous all around the world as ‘The Adventures of Sherlock Holmes‘  appeared in the Strand Magazine. 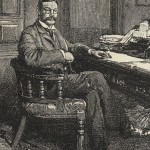 Herbert Greenhough Smith was one of the founders of the Strand Magazine and it was he who commissioned and edited Conan Doyle’s Sherlock Holmes stories.

“(…) Well I remember how, many years ago when the Strand Magazine was making its start in a tiny room at the top of a building in a street off the Strand – a sanctum approached through a room crammed with typewriters, with machines incessantly clicking – there came to me an envelope containing the first two stories (…)

What a God-send to an editor jaded with wading through reams of impossible stuff! The ingenuity of the plot, the limpid clearness of style, the perfect art of telling a story!”

Print this image, fill contact info & mail out to ensure you do not miss out!

Sherlock Holmes and The Curious Case of the Alderney Bull.

” In another unusual philatelic development, Guernsey Post has also produced a “mystery pack”, which includes the full written story and special minting of the stamps on which there is an invisible image that can be seen only with the special magnifying glass supplied. It is a quirk which gives attentive collectors the chance to piece together additional parts of the plot of the Curious Case of the Alderney Bull. ” 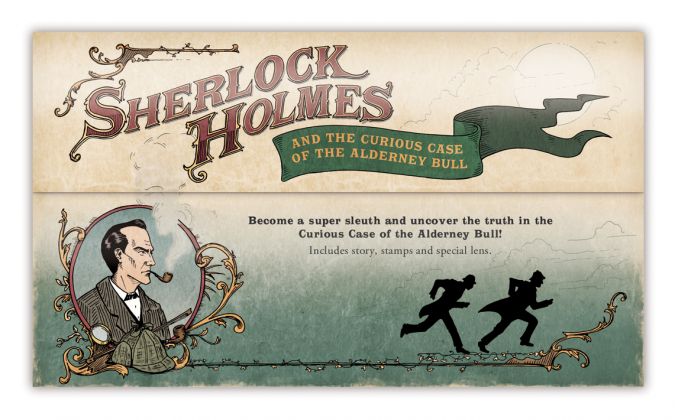 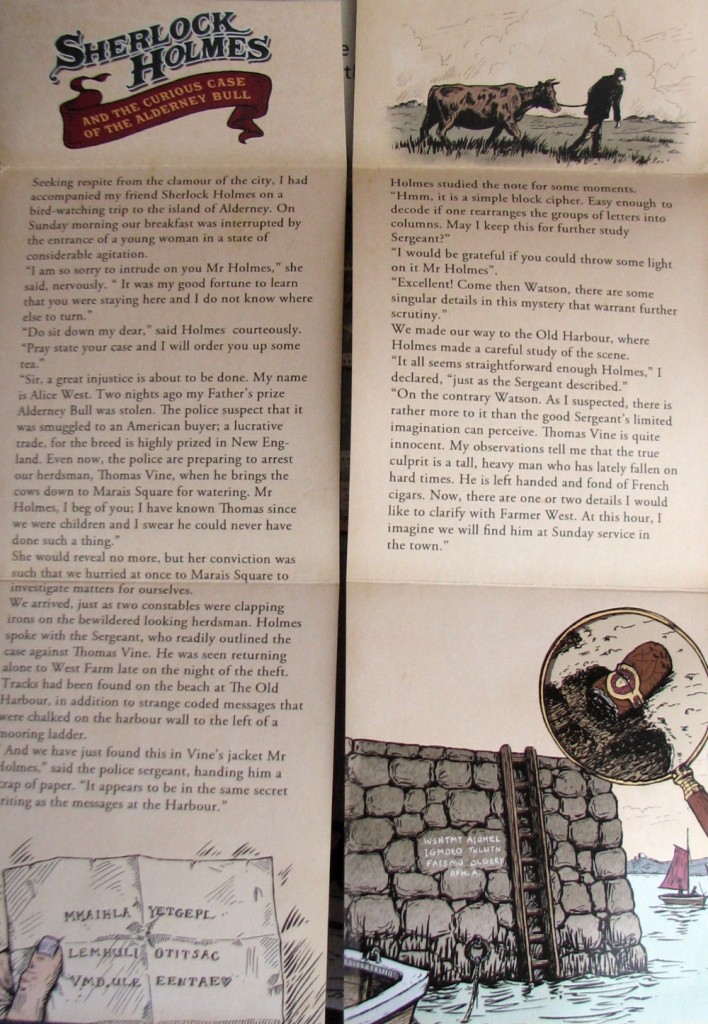 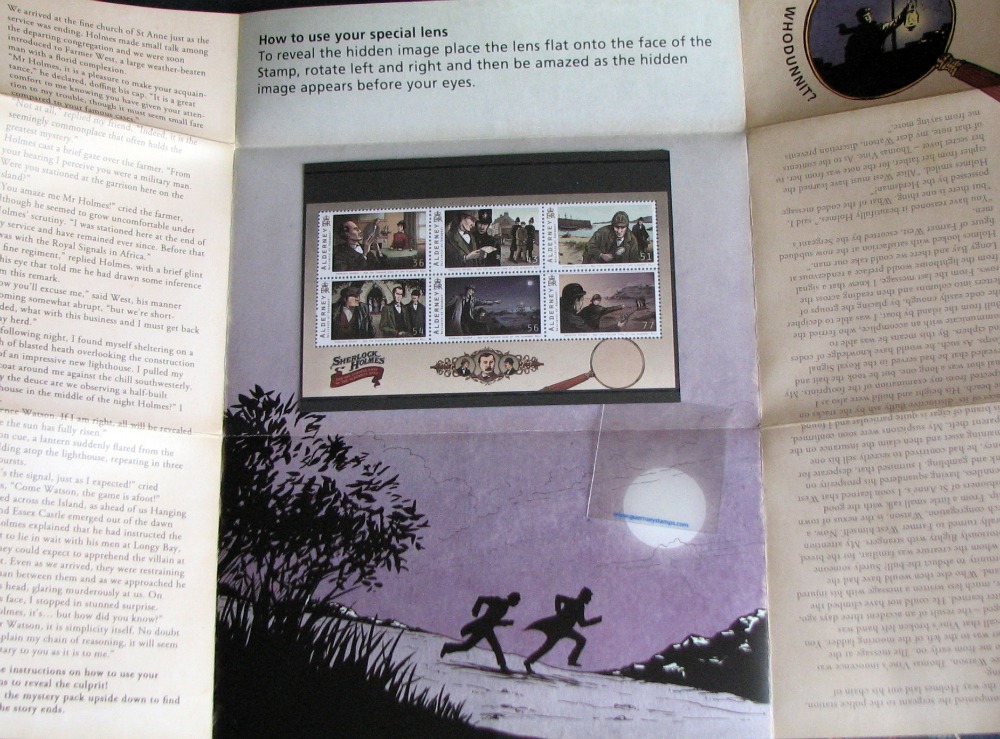 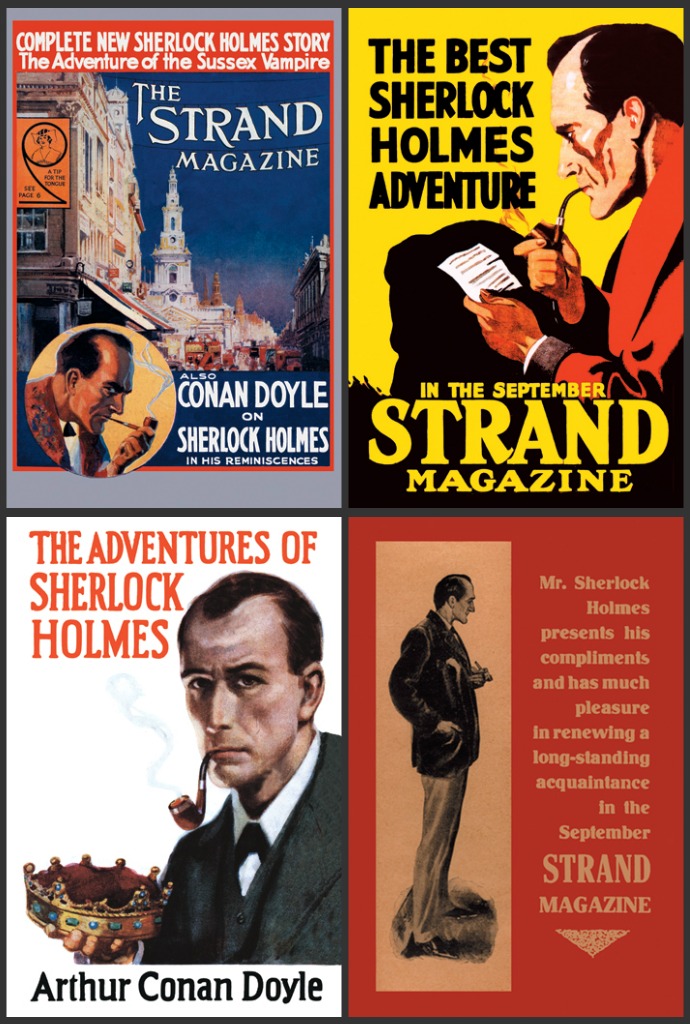 Click on the image to view more attractive Posters available at Candlesbook.com

Wanting to have a Sherlock Holmes Poster or Canvas Print to adorn your wall? Choose from more than 30 different art print posters at Candlesbook.com Posters Store. Inspiring!

The Strand  Magazine was a literary sensation, especially with the publication of The Hound of the Baskervilles, one of the most popular of all the Sherlock Holmes stories for which the earliest film adaptation on record is a 1914 German silent production.

Leave a Reply to Will Cochrane Cancel reply