Stamp Collecting and Philately In The News 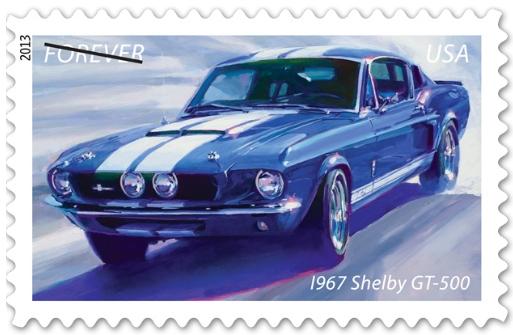 We don’t really know how popular philately still is in the digitally-packed 21 Century, but if you’re into it, you should run to the post office and check out the new Muscle Cars stamps.

Who doesn’t want to have all of there cars in their own garage? It’s not much, but at least now you can have them as stamps for your collecting or package shipping pleasure. We’re pretty sure they won’t speed up deliveries, but you might as well give it try…

“Muscle Cars is the third issuance in the America on the Move series. The first issuance in the series, 50s Sporty Cars (2005), was followed by 50s Fins and Chrome (2008). The Muscle Cars stamps are being issued as Forever stamps in self-adhesive sheets of 20 (4 of each design). Forever stamps are always equal in value to the current First-Class Mail one-ounce rate,” USPS stated on Friday.